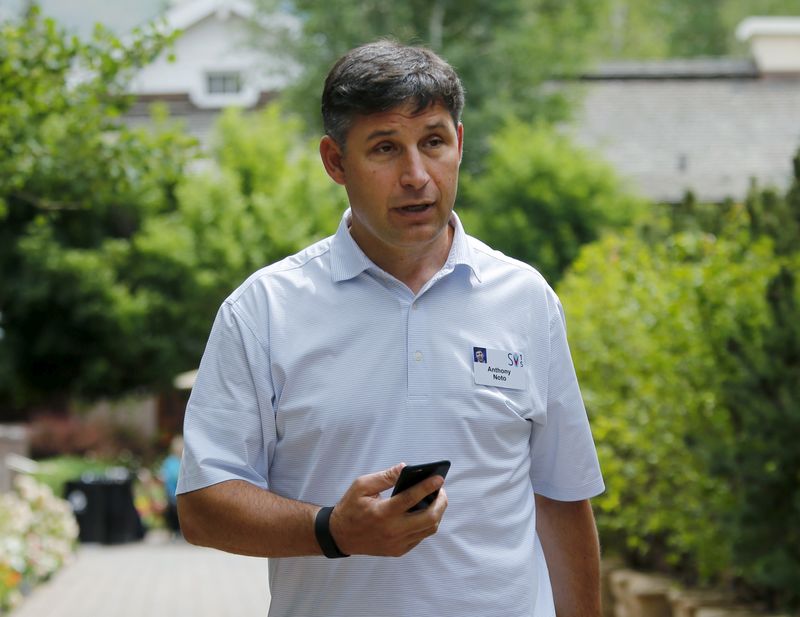 (Reuters) – Online lending startup Social Finance Inc (SoFi) has held discussions with blank-check acquisition companies about a deal that would allow it to debut in the stock market, people familiar with the matter said on Monday.

The discussions show that going public is solidly in the sights of SoFi’s CEO, Anthony Noto. A former Goldman Sachs Group Inc (NYSE:GS) investment banker and Twitter Inc (NYSE:TWTR)’s ex-chief operating officer, Noto succeeded SoFi co-founder Mike Cagney, who stepped down in 2018. Noto said last year that going public was in the company’s long-term plans, but had cautioned it was not a priority.

The San Francisco-based company, which was valued at $4.8 billion in a private fundraising round last year, has held talks with a number of so-called special purpose acquisition companies (SPACs), the sources said, cautioning there is no certainty an agreement would be reached.

The sources requested anonymity because the talks are confidential. SoFi did not respond to requests for comment.

A SPAC is a shell company that raises funds in an initial public offering with the aim of acquiring a private company, which then becomes public as result of the merger.

SPACs have emerged as one of Wall Street’s most popular investment vehicles in 2020, with 208 SPACs raising more than $70 billion so far this year, according to SPAC Research. United Wholesale Mortgage and Finance of America were among the mortgage lenders that agreed to go public this year through SPACs.

Founded in 2011, SoFi capitalized on the retrenchment of banks from large swaths of consumer lending in the aftermath of the 2008 financial crisis. It started with refinancing student loans and expanded into mortgages and personal loans.

The company said in October it had received preliminary, conditional approval from the U.S. Office of the Comptroller of the Currency in its application for a national bank charter. The company has also branched out into stock trading and cash management accounts.

SoFi has raised over $3 billion in capital, according to PitchBook data. Its financial backers include private equity firm Silver Lake and billionaire investor Peter Thiel.