Home
Stocks
Cannabis Watch: New York is finally expected to legalize cannabis in 2021 as Gov. Cuomo goes all in
Prev Article Next Article 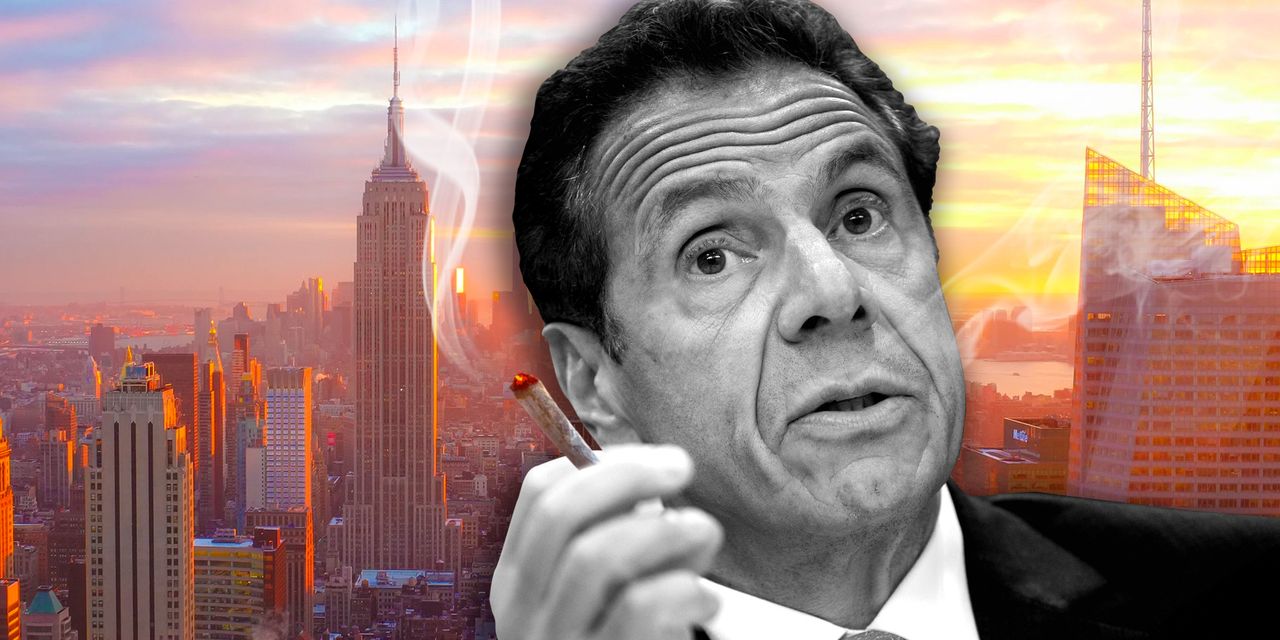 If the third time really is the charm, then 2021 will be the year that New York finally legalizes cannabis for adult recreational use, creating a major market that’s expected to help invigorate the push for an end to federal prohibition.

New York Gov. Andrew Cuomo’s efforts to legalize have been thwarted for the past two years by lawmakers who could not agree on legislation that would ensure the inclusion in a new legal sector of those communities that suffered disproportionately during the years-long “War on Drugs.” This time will be different, he said.

“This should have been passed years ago,” Cuomo told reporters at a recent briefing. “I think too many people have been imprisoned, incarcerated, punished. It’s exaggerated the injustice of the justice system. …. This is a year where we need the funding, and a lot of New Yorkers are struggling, and I think this year will give us momentum to get us over the goal line.”

Experts agree that lawmakers have extra incentive this time around, not least that neighboring New Jersey won approval for legalization in a November ballot initiative and would likely siphon off the revenue that New York could collect if it legalizes.

“Our belief is they will find a middle ground and move forward,” said Nick Kovacevich, chief executive of KushCo Holdings, a maker of containers, packaging and other products for the cannabis industry. “Another massive delay will be catastrophic. We have seen these compromises happen at local and state levels once momentum and public pressure gets to a tipping point. We feel New York is approaching one, if not already at one.”

Cuomo is expecting legal cannabis to create more than 60,000 jobs, to spur $3.5 billion of economic activity and generate more than $300 million in tax revenue once the program is fully up and running. That money is much needed given the $15 billion deficit the state is facing with revenue having been decimated by the coronavirus pandemic.

The governor is again proposing to create a new Office of Cannabis Management to regulate and oversee the Empire State’s cannabis and hemp industries. As he promised last year, Cuomo is seeking an “equitable structure” for legal cannabis that would offer licensing opportunities and other assistance to members of the Black community and other minorities.

The proposal will “correct past harms by investing in areas that have disproportionally been impacted by the war on drugs, understanding that expunging past cannabis convictions helps to correct the injustice faced on the day that someone was arrested, but fails to correct the lasting harms that arrest has had on citizens, families, and communities,” Cuomo said in a State of the State Book released last week.

Cuomo is proposing a very different tax structure this year that is based on potency and product rather than weight. Retail consumers will be taxed at a rate of 10.25%, with local taxes layered on top. That’s far less than the 20% statewide rate proposed last year.

Retailers will pay wholesalers a tax of 0.7 of a cent per milligram of THC, the ingredient in cannabis that creates the “high” associated with cannabis. That tax would apply to flower, pre-roll and shake products.

Rob DiPisa, co-chairman of the cannabis-law group at the law firm Cole Schotz, said the tax structure shows that lawmakers have become more educated about the sector.

Tax revenue will not all be added to the state’s general fund as proposed in the past. Instead, Cuomo will create a $100 million fund expressly earmarked for “social equity purposes” over a four-year period, while the rest will be placed in a new Cannabis Revenue Fund.

KushCo’s Kovacevich said taxation is not the only factor in shifting from an illicit market to a legal one. “Other factors help accelerate too such as ease of access, product quality (testing standards), marketing and advertising etc. It will be a combination of many things that ultimately determine the initial success of the New York program and we will just have to wait and see.”

Legal weed in New York will provide the entire U.S. sector with a psychological boost, according to Smoke Wallin, chairman and chief executive of Vertical Wellness, a provider of CBD-based products.

“It’s obviously a big state, and that matters,” said Wallin. “The media are based there and so is the financial world. … At the federal level, the ball is starting to shift, and some advances should come this year with all the momentum across the country. But it’s the pharma industry and conservatives at the federal level that need to be won over.”

The pharma industry is one reason New York and other northeastern states have taken so long to legalize, he said. New Jersey is home to most of the big U.S. drug companies, which have spent millions of dollars lobbying to slow down the process and safeguard the revenue they make from painkillers and anxiety medications, product lines at risk of being replaced by cannabis, he said.

Hopes for the U.S. legal sector — 36 states and four territories have legalized medical cannabis, and 15 states and three territories have legalized cannabis for adult recreational use — have soared since the election of President Joe Biden. He and Vice President Kamala Harris are viewed as more in favor of reforming the U.S.’s strict cannabis laws, which continue to classify the substance as a Schedule I drug, alongside heroin.

That classification has hampered the development of the sector, which is confined to those states that have legalized cannabis for medical or recreational use and kept companies locked out of the federally insured banking system.

Wallin is optimistic that, at the very least, the new administration will usher in safe-harbor banking language allowing cannabis companies to have bank accounts without running the risk of an enforcement action, to crack open the capital markets.

“We’re seeing the larger multistate operators and Canadian-licensed producers trade way up, and companies are out raising capital in anticipation of deal making,” he said. “The deal frenzy is on, [and] there’s already a lot more money sloshing around. Even if we don’t get a full prohibition repeal at this point, we should get banking.”

Still, DiPisa cautioned that it will take time to get a legal market functioning. First, the budget has to be approved, then the members of the new office must be appointed, regulations need to be drafted and licenses awarded. New York’s medical cannabis market is relatively undeveloped compared with those of other states, so it’s unlikely to serve as a building block for adult recreational use.

The $300 million in revenue that Cuomo has touted will take years to achieve, even if demand is expected to be strong from the get-go.