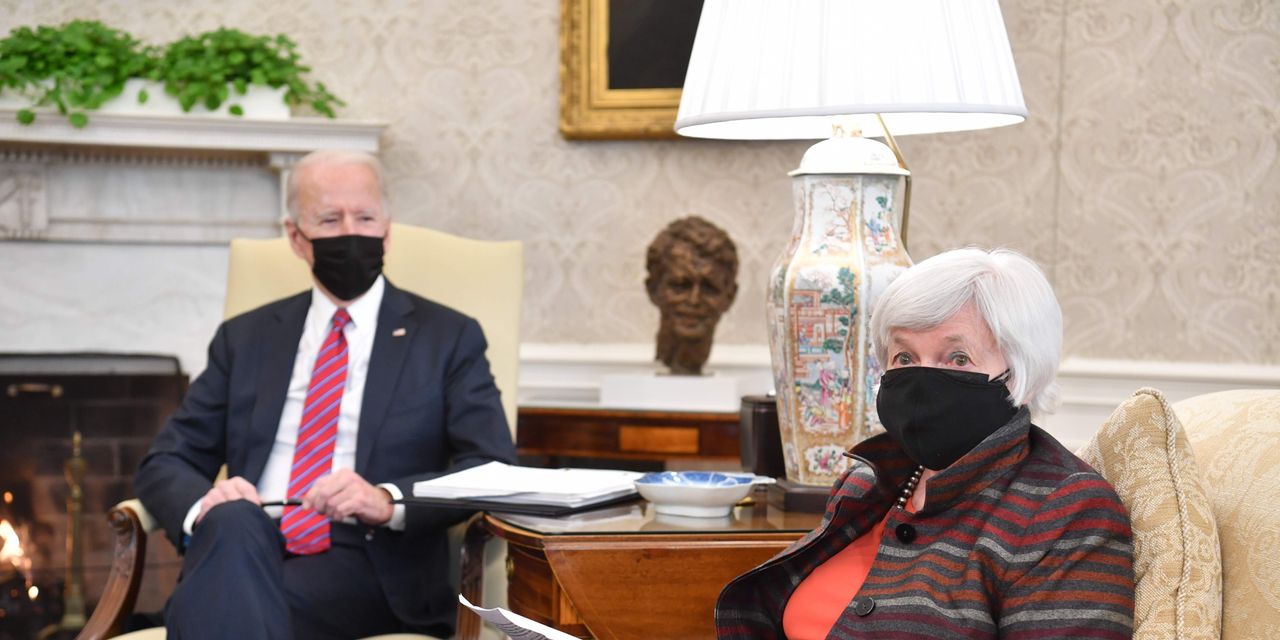 U.S. Treasury Secretary Janet Yellen on Friday made the case again for quick Congressional action on the Biden administration’s $1.9 billion coronavirus relief package, arguing that the measure was needed so Americans do not lose the ability to meet their basic needs like shelter and food.

If there is not more fiscal support provided from Washington, “many more people will lose their small businesses, the roofs over their heads, and the ability to feed their families” before the virus is brought under control, Yellen said, reading from notes while sitting next to President Joe Biden and Vice President Kamala Harris in the Oval Office.

Yellen noted the jobless claims report Thursday showed over a million people applied for unemployment insurance last week, “far more than the worst week of the Great Recession” of 2008.

She repeated her message from her Senate confirmation hearing earlier this month that the price of doing nothing is higher than any cost of a relief package.

In brief remarks, Biden said his package “will help the economy grow.”

Officials did not respond when reporters shouted questions to them about this week’s U.S. stock market volatility, exemplified in the trading of shares of the retail store chain Gamestop GME, +69.12%.

Republicans have been lukewarm about the measure. Democrats are considering using Senate rules to allow the relief package to pass with a simple 51-vote Senate majority, instead of the usual 60 votes needed to end debate on a measure.