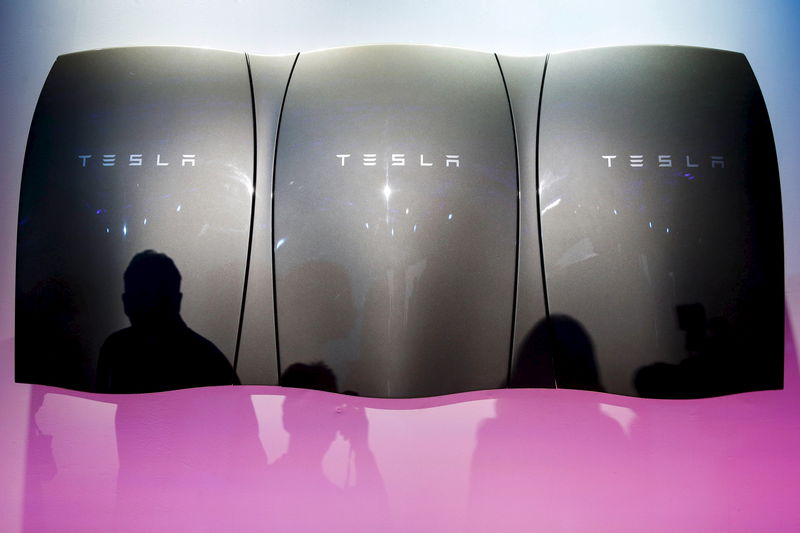 (Reuters) – Some hedge fund managers are getting concerned about the money that has flooded into high-flying stocks like Tesla (NASDAQ:TSLA) and the popular ARK fund as bond yields spike and growth stocks take a hit.

But even as shares of Tesla plunged this week and Wood’s fund fell, she increased the fund’s bet on the automaker. The ARK Innovation ETF is down 15% this week and Tesla is down 13%, along with declines in other high-flying technology stocks.

Growth names have been hit by higher bond yields while assets like bitcoin that have bubbled up have also pulled back.

Tesla was also hurt by a report of a temporary factory closure.

Wood’s fund also owns a number of internet, social media and technology names, such as Twitter and Snap (NYSE:SNAP).

“ARK believes that this week, which has had significant volume, multiple standard deviations above average, has shown that the ETF structure and markets work, providing ample liquidity and tight spreads,” Tom Staudt, ARK’s chief operating officer told Reuters via email. Still, some investors have concerns.

“Cathie Wood runs a very high-risk, high-beta tech portfolio, and to load up on Tesla right off its highs seems a little premature,” said Peter Bortel, general partner at Bortel Investment Management, who said he put a short position on Tesla on Wednesday.

“I’ve been meditating on the short for the last couple of weeks,” Bortel added.

Investors yanked $465 million from Ark Innovation on Monday, according to Refinitiv data. More such redemptions would prompt Wood’s fund to sell liquid holdings to manage the squeeze in the near-term before looking to unwind its illiquid holdings.

“I do worry that funds like ARK could be forced to sell, devastating certain stocks where they are a big holder,” said Rob Romero, portfolio manager at Connective Capital, based in California.

Growth stocks like technology with longer duration cash flows can be sensitive to rising yields as those flows are discounted at higher rates.

“Many of these momentum stocks trade at valuation levels well above historical norms, which have been justified by the low-rate environment,” said Greenwald. “To the extent rates continue to rise, we would expect these stocks to continue to underperform the broader market.”

Andy Pauly, managing partner at Warwick Investment Management, said “rapidly growing companies that are being priced on cash flows 10-20 years in the future are vulnerable to rising yields.”

That has been seen in the sharp divergence between growth and value stocks this year with the S&P 500 growth index nearly unchanged in February, sharply underperforming the value index, up more than 7% on optimism of a post-pandemic reopening of the economy.

Troy Gayeski, co-chief investment officer at SkyBridge Capital, which invests with some of Wall Street’s largest hedge funds, said hedge funds didn’t have too many growth or momentum stocks in their portfolios because they knew that “sooner or later … a lot of the global growth names are going to struggle.”