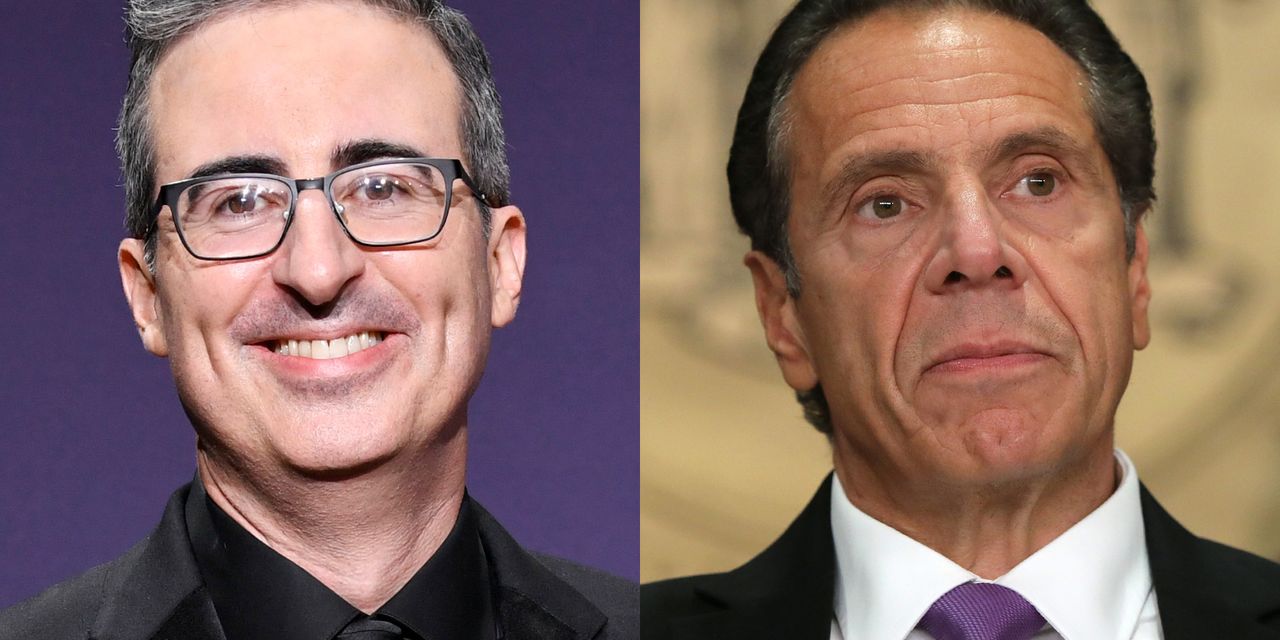 It was only a matter of time before Gov. Andrew Cuomo ended up in John Oliver’s crosshairs again

The “Last Week Tonight” host was among those who had praised the New York governor’s response to the COVID-19 crisis earlier in the pandemic. Oliver confided in a March 2020 episode that, “If I’m honest, I never really liked Andrew Cuomo before this, but I will admit he’s doing admirably well.” But even then, he cracked that, “I can’t wait to get to the other side of this when I go back to be irritated by him again.”

Well, welcome to the other side! “Andrew Cuomo is a colossal a—–e,” Oliver proclaimed on his latest episode of “Last Week Tonight” on Sunday.

He opened his latest segment by spending several minutes outlining Cuomo’s recent fall from grace after emerging as an early COVID-19 hero giving daily press conferences from the early U.S. epicenter of the coronavirus at a time when the White House was less forthcoming.

But Cuomo has been in some “hot water” lately, as Oliver noted, such as facing federal scrutiny over underreporting the number of COVID-19 deaths in New York nursing homes. “You’d expect that less from a transparent democracy and more from an authoritarian regime like North Korea,” said Oliver.

What’s more, two former aides have accused the governor of sexual harassment, including unwanted touching and kissing, as well as asking inappropriate questions about their sex lives. Cuomo responded on Sunday by saying that “some of the things I have said have been misinterpreted as an unwanted flirtation,” and that he will cooperate with an investigation of these harassment claims.

“Even before the current scandals, there was something gross about Cuomo’s glee in his public adulation last year,” Oliver said. He pointed to Cuomo publishing his back-patting tome “American Crisis: Leadership Lessons from the COVID-19 Pandemic” rather prematurely in October as an example, while the pandemic was still ongoing.

Indeed, the coronavirus is far from over, as more than half a million Americans have died, although there is hope that we could return to something like “normal life” by the December holidays now that three COVID-19 vaccines have been authorized for emergency use by the Food and Drug Administration.

Oliver joked that Cuomo’s leadership lessons were “presumably one, do press conferences, two, the end.”

Watch it here, and be warned that Oliver uses some foul language.

And speaking of those Cuomo pressers, Oliver pointed out something that viewers may not have been aware of: besides the Cuomo administration potentially withholding COVID-19 data from viewers, the governor was also feeding his audience fake quotes.

Oliver compiled a series of clips where Cuomo quoted a man named A.J. Parkinson, crediting him with such philosophical gems as “Follow the facts, they will show you the way,” and “Don’t pass the buck without passing the bucks.” Problem is, Parkinson doesn’t exist; he’s a fake philosopher that Cuomo’s father Mario Cuomo used to quote at journalists when he was also governor of New York, which was something of an inside joke with the press.

“While that may have been charming at the time, the current Cuomo doing it during a pandemic when virtually no one gets that it’s a joke is a pretty weird move,” Oliver said, calling the fake quotes “a pretty apt metaphor for an administration that has aggressively managed facts to fit its chosen reality.”

Oliver concluded by quoting his own made-up source, T.J. Pumpernickel, whom he said called Cuomo “a colossal a—–e.”

“I’ll tell you exactly two things about T.J. Pumpernickel,” Oliver said. “One, he’s a person I just made up, and two, he’s completely right about Andrew Cuomo.”