Home
Stocks
Outside the Box: Texas’ deep freeze sent me back to a time when there was no electricity or running water
Prev Article Next Article 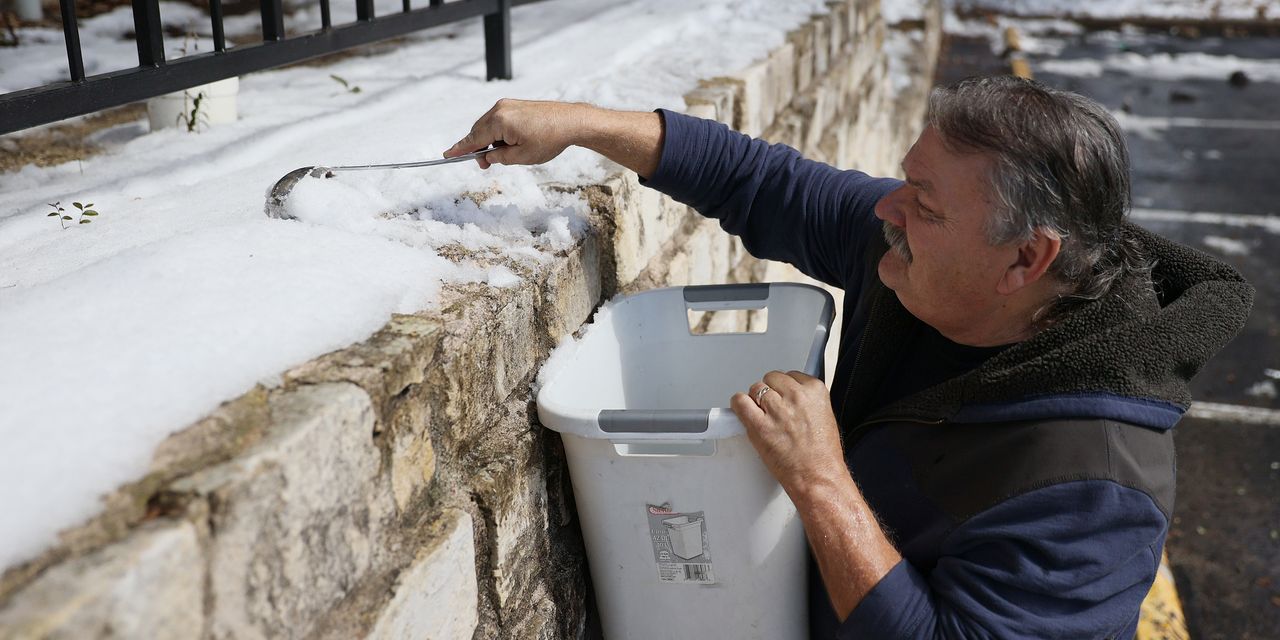 As much of Texas went dark and thirsty in a major winter storm last month, we lost electricity for two days at my home outside Austin.

We’re still without running water. That part will take weeks to fix, too, since plumbers are suddenly in high demand. Our appointment is March 3.

We ae grateful that the disruption, for us, was manageable. Our lives weren’t threatened. We had a fireplace, firewood, drinking water and food.

This experience was nonetheless maddening because it was at least partially manmade. Mother Nature sent the ice storm (though climate change may have contributed), but that’s not so unusual. Places with much colder climates manage to deliver reliable electricity. Texas could have, too. Natural gas pipelines and wind turbines can be winterized. Ours weren’t.

In other words, this was less a technology failure than a public policy failure, one I hope will be corrected now. We’ll see.

People lived without electricity and indoor plumbing until the last century or two. They still do in some places.

It’s no coincidence economic growth accelerated after we acquired those technologies. They are connected, and the connection may tell us something about the future.

When our well equipment broke last week, my wife and I (mostly her, I must confess) developed a system. We gathered snow in every container we could, brought it inside to melt, and then used it for washing and toilet-flushing. We did it again when the temperature rose and water started flowing off the roof.

Now all those containers are in our garage. We haul the water inside as needed. This laborious but temporary solution was once normal. It’s one reason human civilization formed near rivers: less time and effort toting water.

I can confirm that’s still true today. We’re spending two to three hours a day just moving, heating or otherwise manipulating water. If we were carrying it from the nearest natural source, as they did centuries ago, that two to three hours could easily be eight to 10 hours.

This work doesn’t create any new wealth. It simply sustains life and basic hygiene. That people used to spend so much time on it helps explain why economies grew so slowly, until recently.

The occasional inventors and thinkers — Leonardo da Vinci, Benjamin Franklin, William Shakespeare — were “occasional” for good reason. Life was hard. Few people had the luxury of sitting down to write.

Our new water chores reminded me of a 2013 TED Talk by economist Robert J. Gordon. He talked about the various innovations that created modern life, and what it was like before them.

“Back before the turn of the century, women had another problem. All the water for cooking, cleaning and bathing had to be carried in buckets and pails in from the outside. It’s a historical fact that in 1885, the average North Carolina housewife walked 148 miles a year carrying 35 tons of water. But by 1929, cities around the country had put in underground water pipes. They had put in underground sewer pipes, and as a result, one of the great scourges of the late 19th century, waterborne diseases like cholera, began to disappear. And an amazing fact for techno-optimists is that in the first half of the 20th century, the rate of improvement of life expectancy was three times faster than it was in the second half of the 19th century.”

Gordon describes how the utility services we now take for granted propelled humanity a long way, very quickly. Redirecting all those water-carrying and wood-chopping hours added up.

That’s the good news. Gordon also argues the truly big inventions that made the most difference are now complete, and that’s why economic growth has been slowing for decades. He believes it will keep dropping back to the pre-industrial pace, which was about 0.2% annually.

He ends with a challenge.

“But I’m now going to give you an experiment … Option A is you get to keep everything invented up till 10 years ago. So you get Google, you get Amazon, you get Wikipedia, and you get running water and indoor toilets. Or you get everything invented to yesterday, including Facebook and your iPhone, but you have to go to the outhouse and carry in the water…

“The problem we face is that all these great inventions, we have to match them in the future, and my prediction that we’re not going to match them brings us down from the original two-percent growth down to 0.2, the fanciful curve that I drew you at the beginning.”

I hope Gordon is wrong. But these periodic disasters that strip away those 20th-century luxuries, even temporarily, suggest he may have a point.

Patrick Watson is the senior economic analyst at Mauldin Economics.