Home
Stocks
TaxWatch: ‘One of the largest anti-poverty bills in recent history’ — what the $1.9 trillion COVID bill means for families with kids
Prev Article Next Article
This post was originally published on this site 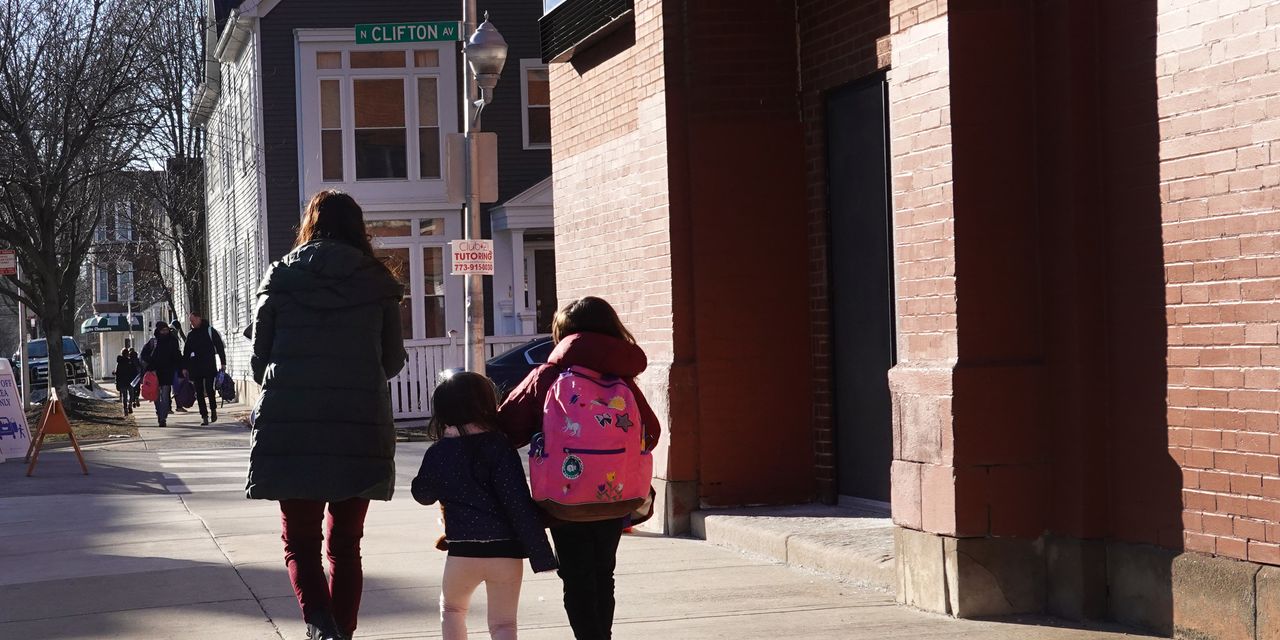 America’s families with children are one step closer to a cash infusion that could potentially lift millions of kids out of poverty and be the seed money for a better life.

The IRS would send recurring direct payments to parents from July to December and square up the rest in a lump-sum payment next tax season.

Biden’s full relief proposal could halve the child poverty rate by taking 5 million children out of poverty, according to Columbia University’s Center on Poverty and Social Policy.

There’s no specific spending requirements on money from the Child Tax Credit, but parents can surely find plenty of ways to use the funds to defray the rising costs when it comes to raising children.

“All told, the American Rescue Plan will be one of the largest anti-poverty bills in recent history,” Senate Majority Leader Chuck Schumer said on the Senate floor Saturday before the 50-49 vote along party lines.

It’s not a done deal yet. The House of Representatives still has to vote on the Senate’s version of the bill and President Joe Biden has to sign it. Speaking with reporters after passage, Schumer anticipated the bill would pass the House and have Biden’s signature on it before federal jobless benefits end later in the month.

Changes to the Child Tax Credit are for one year — but that’s just for now, advocates hope. “This is a really important, significant policy change,” said Michele Dallafior, senior vice president for budget and tax at First Focus on Children, speaking before the vote. “And the next step will be to make it permanent.”

Critics wish it never got this far. Sen. Chuck Grassley, a Republican from Iowa voting ‘no,’ said the entire bill was jammed through and focused on liberal priorities instead of relief targeted towards the pandemic.

“We could have delivered the same amount of COVID relief in half the time with a third of the cost to the taxpayer, and it would have been bipartisan,” he said in a statement after the vote.

How the enhanced Child Tax Credit would work

The Child Tax Credit in its current form pays up to $2,000 per child under age 17. Up to $1,400 of the credit can get lumped onto a tax refund while the other $600 can only be used to subtract from a household’s tax bill. A taxpayer claiming the credit needs to have at least $2,500 in earned income to unlock the money that can be applied in a refund.

The $2,500 earned income threshold is erased and the credit becomes completely refundable in the bill.

Income eligibility rules for the credit mirror stimulus check rules: Full payments apply to individuals making under $75,000, married couple making under $150,000 and single parents who file as head of household and make under $112,500. Payments phase out above those points.

Some 6.7 million kids are completely ineligible for the current credit because their household makes too little, according to Michelmore’s research. That’s 10% of all kids in the country, her study said. Another 17 million kids miss out on the credit’s full force because of the rules surrounding partial refundability, her study revealed. That’s roughly another 25% of children in America.

“What this reform is doing is it’s completely taking earning out of the equation,” said Michelmore.

That’s a serious flaw, some critics say. The Biden proposal “would eliminate work obligations from one of the largest cash welfare programs and restore the principle of welfare as an unconditional entitlement,” wrote Robert Rector, senior research fellow at the right-leaning Heritage Foundation. “By increasing cash benefits while eliminating work requirements, the Biden plan would increase dependence and reduce work.”

Michelmore, who’s excited by the Senate bill’s passage, disagrees. “I don’t think the magnitude of the credit is big enough to create a work disincentive.”

‘As a health investment alone, a child allowance is a remarkably good investment’

Recurring payments are important for families with rocky finances, Dallafior said. That can be money for basic needs, school expenses and parents’ peace of mind. “Research shows regular stable income reduces stress, and that translates into better outcome for a child as well.”

These kinds of payouts will cost the government a lot of money, the researchers acknowledge.

The revamped credit will cost $100 billion annually but it could bring $800 billion in societal benefits down the road, according to Columbia University’s Center on Poverty and Social Policy.

For instance, there’s the boosted earnings of kids with better starts and the extra taxes from those earnings. “Considered as a health investment alone, a child allowance is a remarkably good investment,” the researchers wrote.

Of course, parents know a thing or two about kids and expenses.

A middle-income family would have to pay nearly a quarter of a million dollars to raise one child from birth to age 17, according to a 2017 analysis from the U.S. Department of Agriculture. After adjusting for inflation, that’s still an almost 16% cost increase compared to what a family had to spend in 1960 to raise a child.
The pandemic has kept that pricey trend alive and well.

Weekly rates for nannies, after school programs and child care centers all increased, according to an analysis from Care.com, a platform for parents and caregivers. For example, parents in 2020 paid an average $209 per week for one toddler to attend child care, a 3.5% increase from the year earlier.

“With today’s vote in the Senate,” she said, “American families and businesses, including child care providers, are one step closer to receiving the relief they desperately need.”