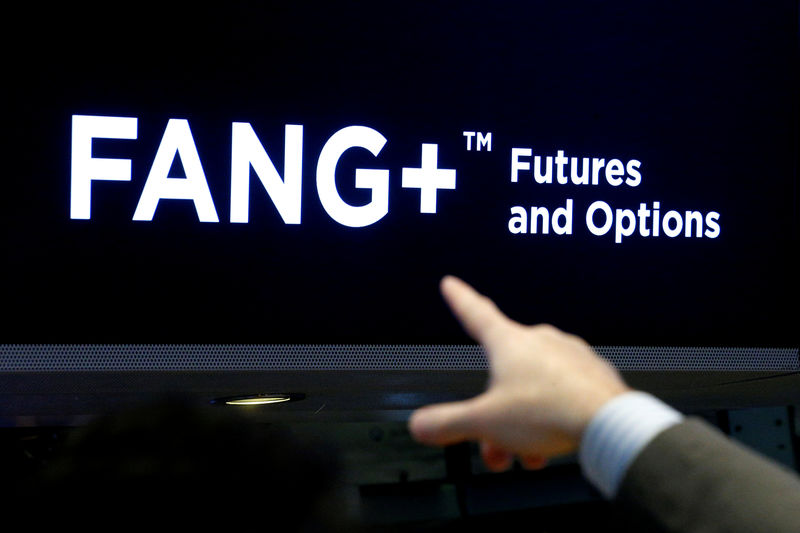 The Federal Open Market Committee left its benchmark rate unchanged in the range of 0% to 0.25% and said it would continue its $120 billion monthly bond purchases.

“Following a moderation in the pace of the recovery, indicators of economic activity and employment have turned up recently, although the sectors most adversely affected by the pandemic remain weak. Inflation continues to run below 2 percent,” The Fed said in a statement.

The central bank’s policymakers appear in no hurry to hike rates, continuing to back rates to remain near-zero through 2023.

The U.S. 10-year Treasury yield retreated from 13-month high following the decision, helping tech tech’s to pare some of its losses.

FAANG, which had led the decline in tech earlier in the day, moved off session lows. Amazon.com (NASDAQ:AMZN), Facebook (NASDAQ:FB), Google-parent Alphabet (NASDAQ:GOOGL) and Netflix (NASDAQ:NFLX) were higher while Apple (NASDAQ:AAPL) was marginally below the flatline.

Ahead of the Fed decision, some said the recent hit to highly valued growth names from rising yields on inflation jitters are somewhat overdone as rates are normalizing amid an improving economic backdrop.

“The market’s reaction, especially to the highly valued names, and the expectations for inflation moving forward are currently overdone right now,” David Wagner, a portfolio manager at Aptus Capital Advisors, said in an interview with Investing.com.

“This [the rise in bond yields] is just a normalization in rates … if you go back to previous cycles, rates tend to average about 200 basis points off the bottom on the 10-year Treasury yields in the first year and that’s really just what we’re seeing now,” Wagner added.

Crowdstrike Inc (NASDAQ:CRWD), up 4%, bucked the trend lower in tech after reporting “very strong” quarterly results that topped Wall Street expectations on both the top and bottom lines.

Crowdstrike’s very strong Q4 was driven by record “customer wins of 1,480 and record net-net average recurring revenue of $143M that resulted in 75% ARR growth, which beat consensus expectations of 68% and was better than most investors expected,” RBC said as it raised its price target on the stock to $450 from $420.

In keeping with the recent trading action, the selloff in growth proved to be value’s gain as cyclical stocks – those that move in tandem with economy – were in favor.

Industrials were pushed higher by General Electric (NYSE:GE) and Caterpillar (NYSE:CAT), with the latter up more than 3%.

Energy was pressured by lower oil prices as a smaller-than-expected build in inventories was offset by a unexpected build in products like gasoline suggesting the recent lull in refinery activity is on the road to normalizing.

In another sign that the reopening is gathering pace, Walt Disney Company (NYSE:DIS) said it will open its flagship Disneyland theme park on Apr. 30. Its shares were up 0.5%.