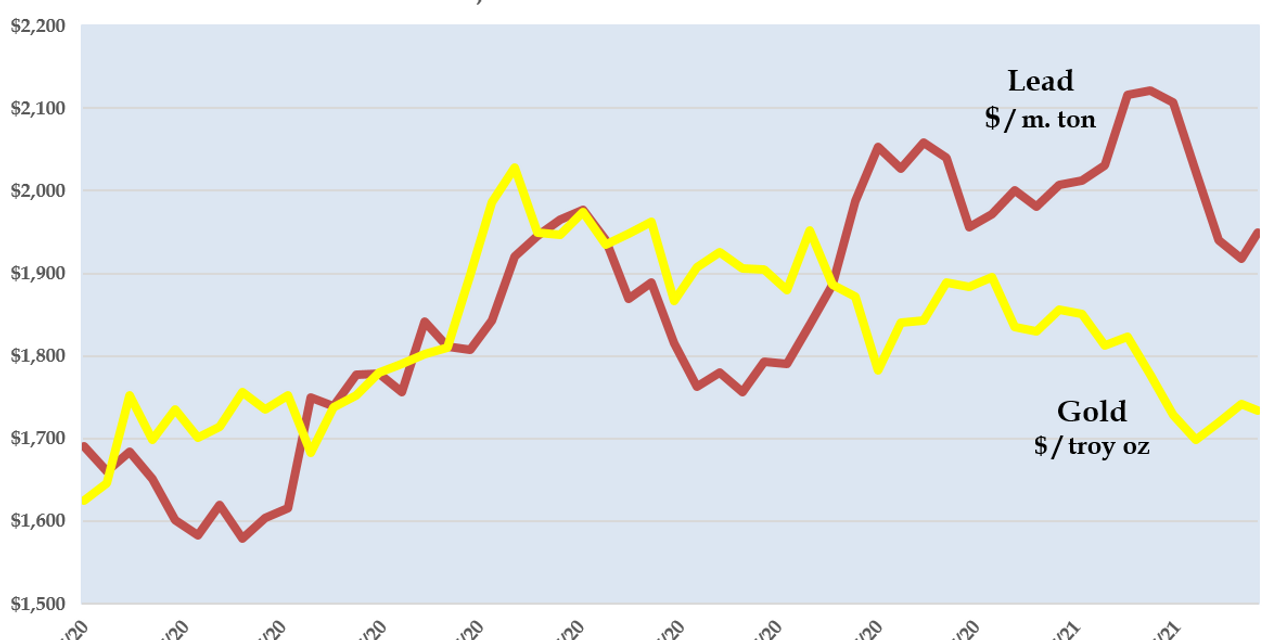 Millions of Americans hold gold and other precious metals in their retirement portfolios. And it’s usually to protect themselves against the type of scenario that many see unfolding in Washington right now.

Government spending is through the roof.

Deficits are through the roof.

Economic uncertainty has rarely been higher.

So the value of your gold—which is supposed to protect against political mischief, mayhem and meltdown—should be up, right?

has fallen in five of the last six months and is nearly 20% down from last summer’s peak. It is off nearly 10% so far this year.

It would be unfair to say gold is falling like a lead balloon: But only because lead, which is also traded on international metals exchanges, has been holding up much better. (Lead, per ton, is up 20% in a year.)

Those who looked to gold to protect their retirement plans must be scratching their heads.

Charles Bilello, CEO and founder of Compound Capital Advisors, has an explanation, and it is compelling in its simplicity.

Look away from politics, government and inflation, and look at what’s happening with interest rates, he says.

“Real,” inflation-adjusted interest rates on Treasury bonds are rising, he points out.

And that scenario, he says, has historically been “gold’s worst enemy.”

It’s even down to the monthly level, he adds. “In any given month, the odds of a positive return for gold are significantly higher when 10-year yields are falling as opposed to rising.”

In other words, gold may not be insurance against inflation so much as stagflation…the nightmare scenario in the 1970s where prices were rising and the economy was struggling.

And that may be why gold is down right now. Although deficits and spending are up, and inflation concerns are (modestly) picking up right now in the bond market, the market is taking a less gloomy view on economic growth than it did last summer.

The “real” interest rate on 10-year inflation-protected U.S. Treasury bonds was minus 1.1% around August and September when gold was at its peak. Since then it has risen, albeit to a still gloomy minus 0.6%. As bonds have become less costly to own, gold has lost a bit of its luster.

Bilello’s analysis seems to stack up pretty well over the past two decades. Since 2003, there have been three periods when real, inflation-adjusted 10-year Treasury yields were in major decline. In all three periods gold prices boomed. And there have been four periods when real yields rose. During three of those periods gold prices fell, and in the fourth they pretty much ended up where they started.

Nothing in complex financial markets is quite so simple, naturally. Gold’s performance also may depend on other factors as well—not least the price you pay for it (although nobody knows what it is really supposed to be worth).

Gold gets dismissed by many mainstream voices in finance. But it is not a crank investment. Nearly 20% of Americans hold some precious metals, according to one survey. One American in six tells Gallup that gold—not stocks, cash, bonds or real estate, but gold—is the best long-term investment. One of the smartest (and most level headed) Wall Street professionals I’ve known has argued that a retirement portfolio of two-thirds global stocks and one-third gold bullion is not crazy.

If Bilello is right, what matters most to gold now isn’t going to be the future direction of inflation but that of real interest rates (and, presumably, “real” inflation-adjusted economic growth). But to know about that you don’t need gold, but a crystal ball.