Home
Stocks
: Americans increased their charitable giving in 2020, helped by stimulus checks and a stock-market recovery
Prev Article Next Article 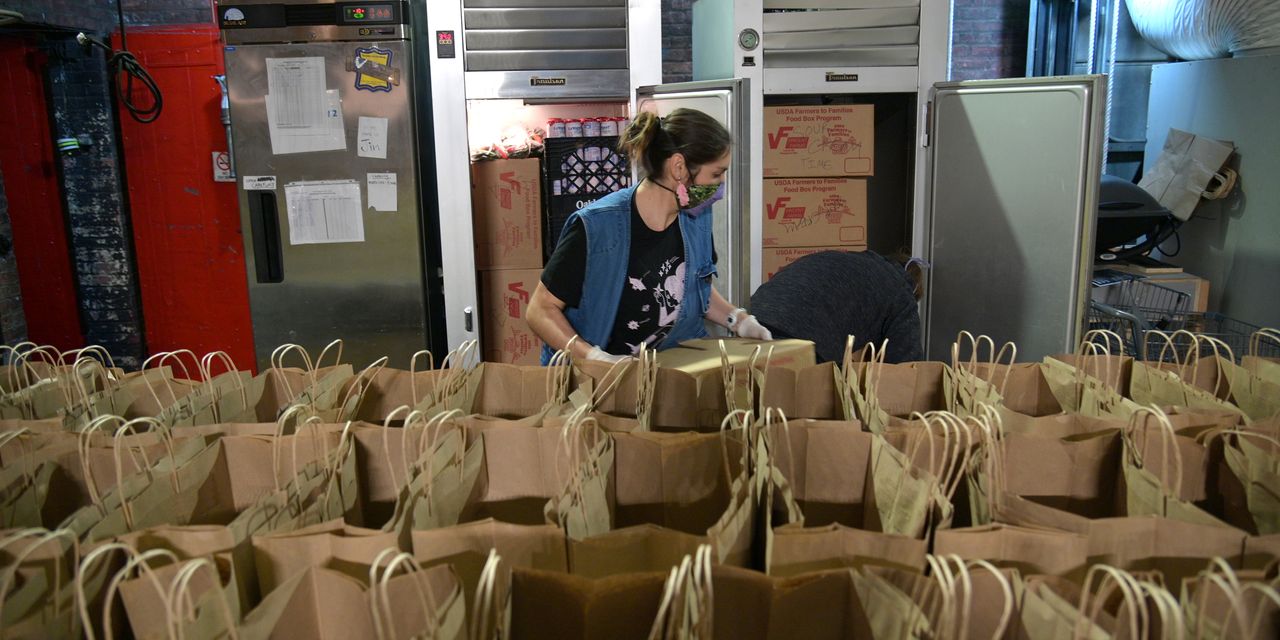 Despite the economic turmoil of 2020, donations to charity soared — and stimulus checks appear to have played at least a small role in the increase.

An estimated 11 million to 13 million Americans gave away their stimulus money or planned to do so in 2020, either by donating it to charity or giving it to family members, according to the U.S. Census Bureau’s Household Pulse surveys.

Between 6% and 7.5% of stimulus check recipients gave away the money, according to the surveys. The Census surveys didn’t ask people to specify whether they were giving away all of their check or part of it.

As a third round of stimulus payments go out, some recipients continue to give away the money.

Some 4.2 million people — or 5% — of those who had received stimulus checks in the previous seven days said they had given the money to a charity or family member, according to the most recent Census Bureau survey, conducted between March 3 and March 15.

Nonprofit leaders initially feared the economic downturn would keep people from donating to charity, but the opposite happened.

There’s evidence that stimulus checks helped fuel some of that giving.

Giving Tuesday, the annual campaign encouraging people to donate money or time to nonprofits, saw a “measurable spike” in $1,200 and $2,400 donations around the time of the first stimulus checks in April 2020, chief data officer Woodrow Rosenbaum told MarketWatch.

The most significant increase was among the $2,400 donations, he said.

“This suggests that at least some people were donating their entire stimulus check to charity at that time,” Rosenbaum said. “The total effect was small, but may have positively affected donations at other levels.” Giving Tuesday ultimately raised $2.47 billion in the U.S. in 2020, up from $1.97 billion in 2019.

Of course, many other factors also contributed to last year’s increase in charitable giving. The unprecedented global-health calamity and resulting financial hardships inspired many to donate to nonprofits working to ease human suffering.

Charitable giving also tends to track with stock-market performance, which has a direct impact on mega-donor philanthropists’ ability to give. After a plummet in March, the Dow Jones Industrial Average
DJIA,

“
‘This suggests that at least some people were donating their entire stimulus check to charity.’
”

The $300 universal charitable deduction authorized by the CARES Act may have had an effect too. “It’s striking that on December 31, there was a 28% increase of $300 gifts, which is exactly the maximum amount a donor can take using the universal charitable deduction,” said Jon Biedermann, chair of the Fundraising Effectiveness Project and president and CEO of The Biedermann Group. Taxpayers can take that $300 deduction without itemizing this year too.

Some who donated their stimulus money to charity last spring told MarketWatch they felt they couldn’t stand by and take money they didn’t necessarily need while others around them suffered.

As the pandemic shut down the economy and put more than 20 million people out of work last spring, lower-income households tended to spend their stimulus checks faster than their higher-earning peers. They used the cash for necessities such as food and rent, according to researchers at Northwestern University’s Kellogg School of Management.

After the second round of stimulus payments, which maxed out at $600, recipients making less than $35,000 a year once again increased spending significantly on groceries and utility bills, according to an analysis of 2.2 million households’ spending by the data aggregator Envestnet Yodlee.

“
Stimulus check recipients making $35,000 to $50,000 increased their spending on charitable giving by 26% after receiving the money.
”

But some households also increased their spending on charitable contributions in the wake of receiving those stimulus payments, and it wasn’t necessarily the ones who were more financially secure.

Stimulus check recipients making more than $100,000 a year did not have a significant increase in spending on charitable giving after receiving their payments, according to Envestnet Yodlee’s analysis.