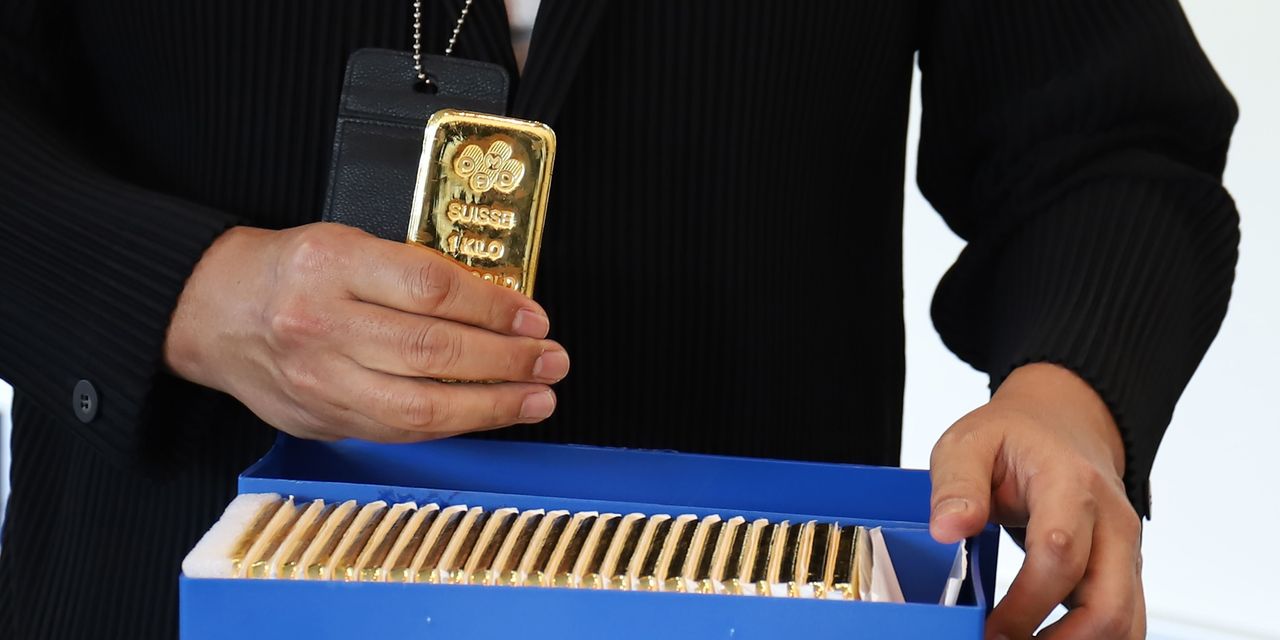 “Having failed to break through the psychological barrier of $1,800 last week, gold is now in a lateral phase between the major support at $1,750 and resistance at $1,800,” said Carlo Alberto De Casa, chief analyst at ActivTrades, in a note.

The Federal Reserve and its chairman, Jerome Powell, are expected to maintain that there’s no rush to begin thinking about raising interest rates or tapering the central bank’s bond-buying program. The Fed is scheduled to release a statement at 2 p.m. Eastern, with Powell’s news conference set for 2:30 p.m.

Meanwhile, recent softness for gold has mirrored a rise in the yield on the 10-year Treasury note
BX:TMUBMUSD10Y,
which has pushed back above 1.60%, as well as a recent strengthening of the dollar, De Casa said.

Higher yields can be a drag on gold and other commodities because it raises the opportunity cost of holding assets that don’t offer a yield. A stronger dollar can be a negative because it makes commodities priced in the currency more expensive to users of other currencies.

“Despite the recent inversion, the overall outlook remains moderately positive for gold and it is likely to continue trading sideways until a fresh catalyst arrives to shake it out of its $50 trading range,” De Casa said.