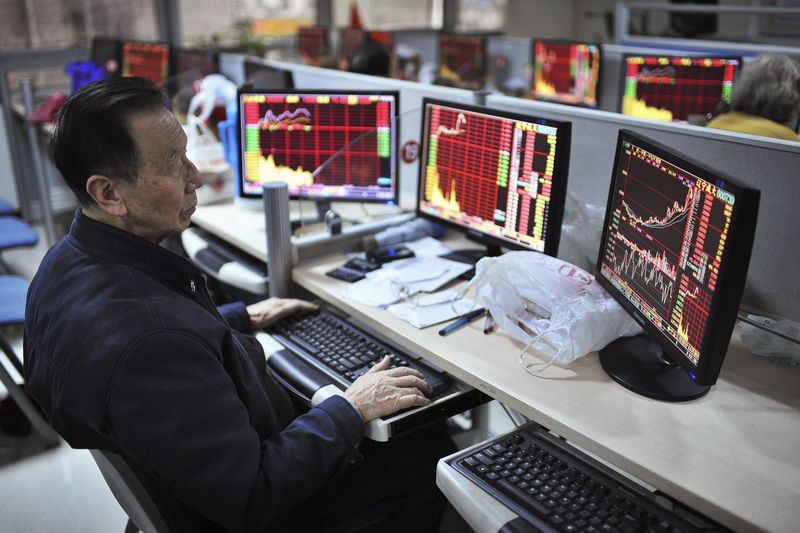 Investing.com – Asia Pacific stocks were mostly up Tuesday morning as investors digested mostly positive economic data from the region and await a central bank policy decision later in the day.

In Australia, the ASX 200 was up 0.29% by 10:48 PM ET (2:48 AM GMT) ahead of the Reserve Bank of Australia’s policy decision to be handed down later in the day. The Bank of England will also hand down its policy decision on Thursday.

Australian trade data for March was also released ahead of the decision, with the trade balance at a lower-than-expected AUD5.574 billion.

South Korea’s KOSPI was down 0.51% even as April’s consumer price index grew a better-than-expected 2.3% year-on-year.

Japanese and Chinese markets remained closed for a holiday.

Ten-year Treasury yields dropped back to around 1.6% in response to U.S. Federal Reserve Chairman Jerome Powell’s warning that the economic recovery from COVID-19 is patchy.

Powell said the U.S. economy was doing better but was “not out of the woods yet” at a conference of the National Community Reinvestment Coalition on Monday.

Powell added that progress in the recovery has been uneven across racial and income divides, ahead of the Fed’s release of a study on the disparate effects of COVID-19 on different demographics within the country.

In the U.S., April’s Institute of Supply Management (ISM) Manufacturing Purchasing Managers Index, released on Monday, was a lower-than-expected 60.7. Further data, including the U.S. trade balance and the April U.S. employment report, including non-farm payrolls, will be released later in the week.

Back in Asia, countries such as India, Thailand and Nepal continue to see surging numbers of cases, with the emergence of mutant variants of the virus also adding to the strain on healthcare systems.

But investors are seemingly more focused on accelerating vaccination rates in countries such as the U.S. and Europe, with the U.S. Food and Drug Administration (FDA) set to authorize the Pfizer Inc (NYSE:PFE)./BioNTech SE COVID-19 shot for the 12-15 age range early in the following week.

However, some investors remained optimistic.

Despite strong growth, rising earnings and rich valuations, “no-one is taking the punch-bowl away for now,” the note added.