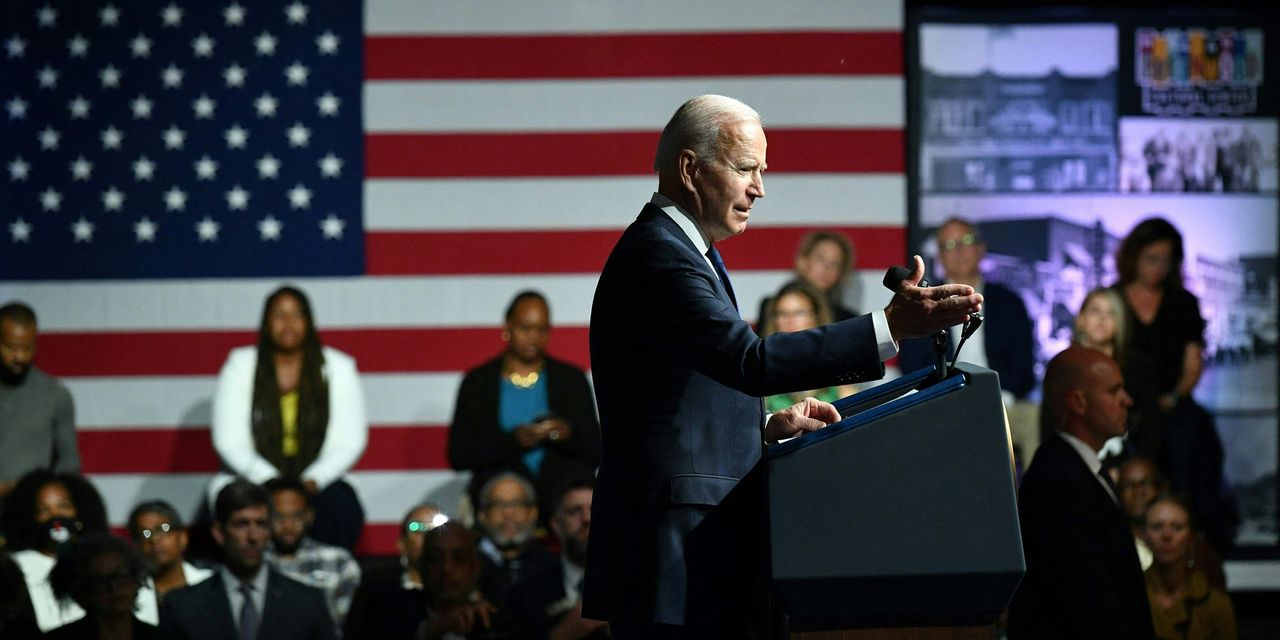 President Joe Biden on Tuesday talked up steps intended to narrow the wealth gap between Black and white Americans, as he commemorated the 100th anniversary of the Tulsa Race Massacre.

Ahead of Biden’s speech in the eastern Oklahoma city, the White House announced it will grow federal contracting with small, disadvantaged businesses and launch a first-of-its-kind interagency effort to address inequality in home appraisals, among other steps.

Biden in his speech expanded on those initiatives and recounted the history of the massacre, a century after one of the worst incidents of racial violence in U.S. history. On May 31, 1921, a white mob burned and looted a neighborhood known as Black Wall Street. In about 24 hours, an estimated $1.47 million — or more than $20 million in today’s dollars — of Black-owned homes and businesses were destroyed.

Read: ‘If it got too successful it would be destroyed’: Remembering the Tulsa massacre, where a white mob destroyed ‘Black Wall Street’ 100 years ago

“My fellow Americans,” Biden said, “this was not a riot. This was a massacre.”

“We can’t just choose to learn what we want to know,” Biden said in his speech, “and not what we should know. We should know the good, the bad, everything. That’s what great nations do. They come to terms with their dark sides. And we’re a great nation.”

The White House says its effort to expand federal contracting will translate to an extra $100 billion over five years, “helping more Americans realize their entrepreneurial dreams.”

Also included in the initiatives are new details about Biden’s $2 trillion infrastructure proposal, called the American Jobs Plan. The president is proposing a new Neighborhood Homes Tax Credit to attract private investment in developing or rehabilitating homes for low- and moderate-income buyers.

NAACP President Derrick Johnson reportedly told Politico on Monday that the Biden administration is going in the right direction toward closing the wealth gap. However, he was critical of lack of movement on student-loan forgiveness.

“Until we address the student-loan debt crisis, which disproportionately impacts African Americans, we can never get to the question of home ownership, therefore accumulating wealth,” he said.