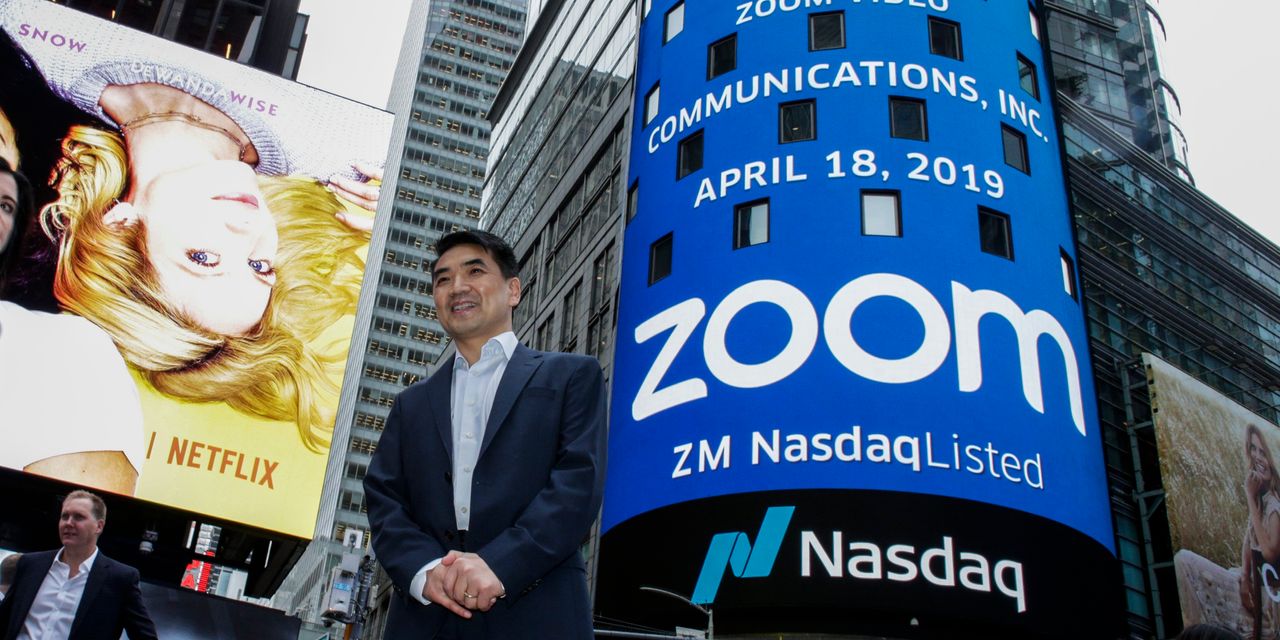 Zoom Video Communications Inc. has its work cut out for it as investors will likely care more about the videoconferencing company’s outlook than a quarter that could top $1 billion.

is scheduled to report results for its fiscal first quarter after the bell Tuesday. Given that fiscal first-quarter results cover business until the end of April, Tuesday’s report provides only a partial COVID-19 comparison given that U.S. travel bans and stay-at-home orders didn’t start rolling out until mid-March of 2020.

Piper Sandler analyst James Fish, who has an overweight rating and a $541 price target, said that’s why the company’s forecast for the second quarter will be so key in the report.

“FQ2 guide will remain the key to the stock as bears look for a Q/Q deceleration given the tough +355% Y/Y comp,” Fish said in a note.

That would also suggest that Zoom possibly sees another quarter of 200% or more revenue growth, he said.

Earnings: Of the 23 analysts surveyed by FactSet, Zoom on average is expected to post adjusted earnings of 99 cents a share, up from the 72 cents a share expected at the beginning of the quarter and the 20 cents a share from a year ago. Zoom forecast 95 cents to 97 cents a share. Estimize, a software platform that uses crowdsourcing from hedge-fund executives, brokerages, buy-side analysts and others, calls for earnings of $1.21 a share.

Stock movement: Over the past 12 months, Zoom shares have gained 102%, while the iShares Expanded Tech-Software Sector ETF
IGV,

What analysts are saying

UBS analyst Karl Keirstead, who has a neutral rating and a $325 price target, said his check suggest that Zoom’s customer churn “may prove to be lower-than-expected.”

“A number of checks said something akin to ‘a portion of our employees will not return to the office and even those that do return will need their Zoom seat so I can’t see the number of Zoom seats declining, even if usage does.’”

The one drawback to that, however, is that suggests saturation which would very well weigh on customer spending out into 2022.

One way around that is a bulking out of product offerings, such as Zoom’s Phone app, said B of A Securities analyst Daniel Bartus, who has a buy rating. Zoom Phone allows users to link up with traditional phone numbers from within the app.

“We remain bullish on Zoom’s growth prospects with Video Meetings and highlight Phone as Zoom’s next killer app,” Bartus said. “Since launching Zoom Phone in 2019, Zoom has added 1mn Phone users and we believe user growth is set to hit an inflection point.”