Home
Stocks
: Chamath Palihapitiya files for four new SPACs, with a new focus
Prev Article Next Article
This post was originally published on this site 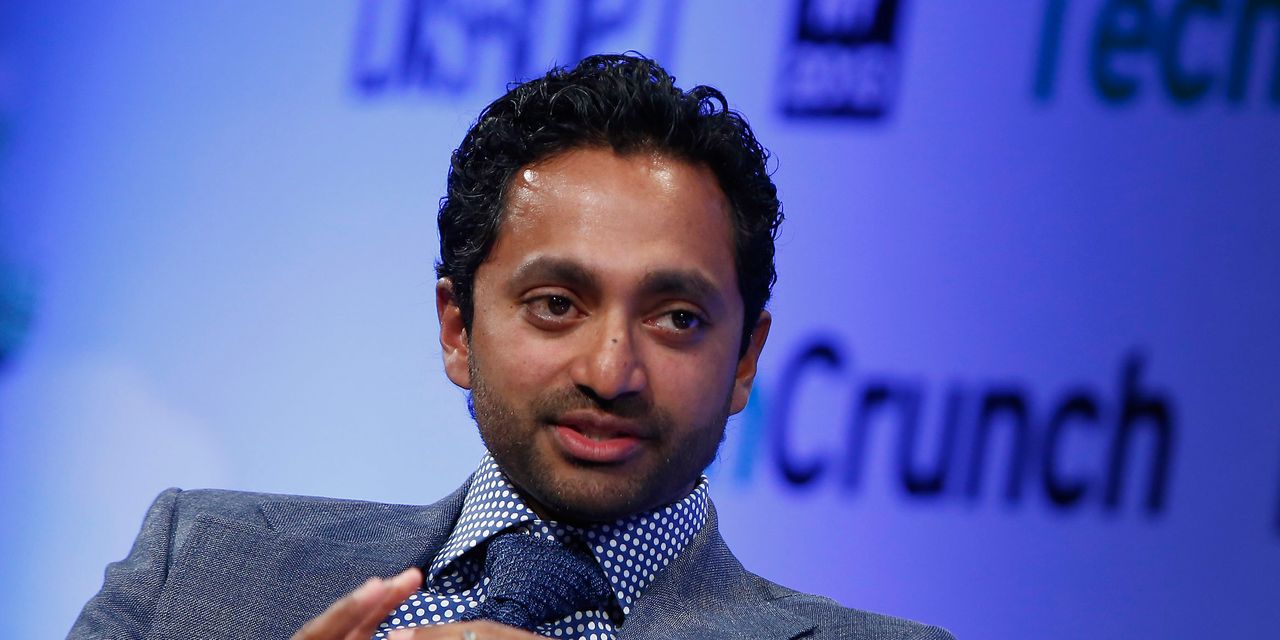 While still seeking merger candidates for two of his six blank-check companies, Chamath Palihapitiya filed for four more on Wednesday, with a new focus: biotech.

Palihapitiya filed paperwork with the Securities and Exchange Commission for four new special-purpose acquisition companies, or SPACs, called Social Capital Suvretta Holdings Corp. I, II, III and IV, each of which are seeking to raise at least $200 million. Palihapitiya is teaming with an executive from the Suvretta investment firm, Kishen Mehta, who leads Suvretta’s health-care-focused investment team and will be the president of all four entities, while Palihapitiya serves as chief executive.

Palihapitiya has led the charge on SPACs, an investment entity that was rarely used before the COVID-19 pandemic but has exploded in usage since the beginning of 2020. Palihapitiya has been credited with starting the trend, with The New Yorker recently proclaiming the former venture-capital investor and early Facebook Inc.
FB,

employee “The Pied Piper of SPACs.” While SPAC filings arrived en masse for almost a year, they have largely paused of late as the SEC casts an eye on their sudden boom as well as their accounting and disclosure practices.

Don’t miss: The SPACsplosion has reached a reckoning

The “organ space” subsector refers to “intrinsic diseases of the heart, kidney, endocrine system (including diabetes and lipids) and blood compartment (non-oncologic diseases),” the filing explained.

While the SPACs will target those specific subsectors, the filings note that they are not committed and could choose any target with the money. SPAC investors can back out of the investment after a merger target has been revealed.

All four of the SPACs seek to raise $230 million in total, with expected fees topping $25 million. There is also an overallotment option for each that could drive the total higher.