Home
Stocks
: The Stellantis EV day is coming. Here’s what to know.
Prev Article Next Article 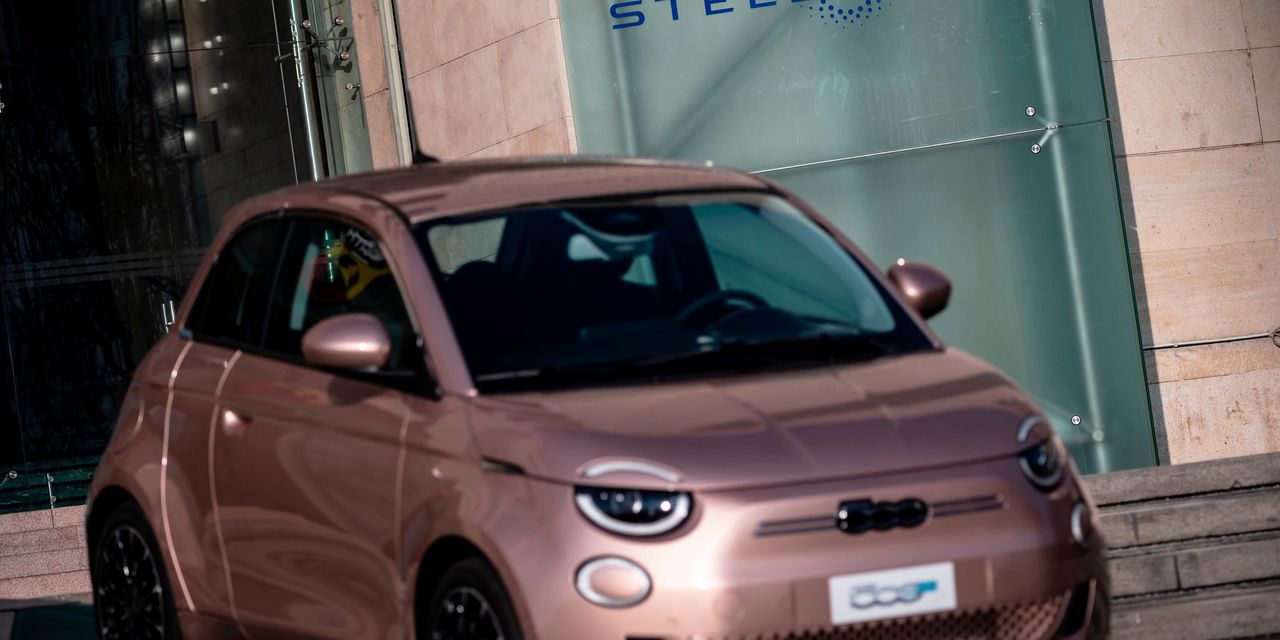 Stellantis, the world’s fourth-largest car maker, will host its EV Day on Thursday and unveil more details around its electrification strategy.

The company, formed earlier this year through the merger between Fiat Chrysler Automobiles and Peugeot, already has an electric-vehicle strategy, which it set out in April.

However, Bank of America
BAC,

analysts said Thursday’s event was a chance for Stellantis to better explain it to investors, adding that it could also reduce the stock’s valuation discount.

They noted that Stellantis
STLA,

currently trades at a discount to its peers, with a forward price-to-earnings (P/E) ratio of 6.5x, based on consensus earnings estimates, but 5x based on BoA estimates. That compares with Ford
F,

“The upcoming EV Day is an important event, where Stellantis can explain how they aim to be an innovator rather than a legacy OEM [original equipment manufacturer], which may help reduce that valuation discount,” they said. The analysts maintained their buy rating on the stock with a target price of €21, a 26% upside to Friday’s closing price.

Read: This key region is the focus of new electric-vehicle battery production among global auto giants

Reaching those targets would put the company ahead of Hyundai, GM and Ford in terms of BEVs sold globally, and only just behind Volkswagen, BoA analysts said.

The group has grown market share in Europe so far in 2021, accounting for 16.8% of new BEV registrations in the region from January to May, according to automotive analyst Matthias Schmidt. That puts it second behind Volkswagen — 25.7% — and ahead of the Renault-Nissan alliance with 12.3% and Tesla with 11.5%.

BoA analysts expected Stellantis to deliver a “bullish message” on Thursday to make it clear to investors the company wouldn’t be left behind in the electric revolution.

“In our view, the only thing that Stellantis has to do is to put the various puzzle pieces together and explain some more details on essential strategy items (i.e. on battery chemistries, cell technology, cost assumptions for the EV line up, differences in planning between North America and Europe, capex requirements, etc.),” they said.

Stellantis is also reportedly set to announce plans to produce electric vans at its Ellesmere Port factory in northwest England.

The decision would secure the long-term future of the factory, which currently produces Vauxhall cars — also owned by Stellantis. The investment is expected to be in the “low hundreds of millions of pounds,” the Financial Times reported.

It would be another boost for the U.K. after Nissan unveiled plans to build a £1 billion ($1.4 billion) electric-car hub in the north of England last week. That includes a battery plant, a battery recycling facility and the production of a new electric model.