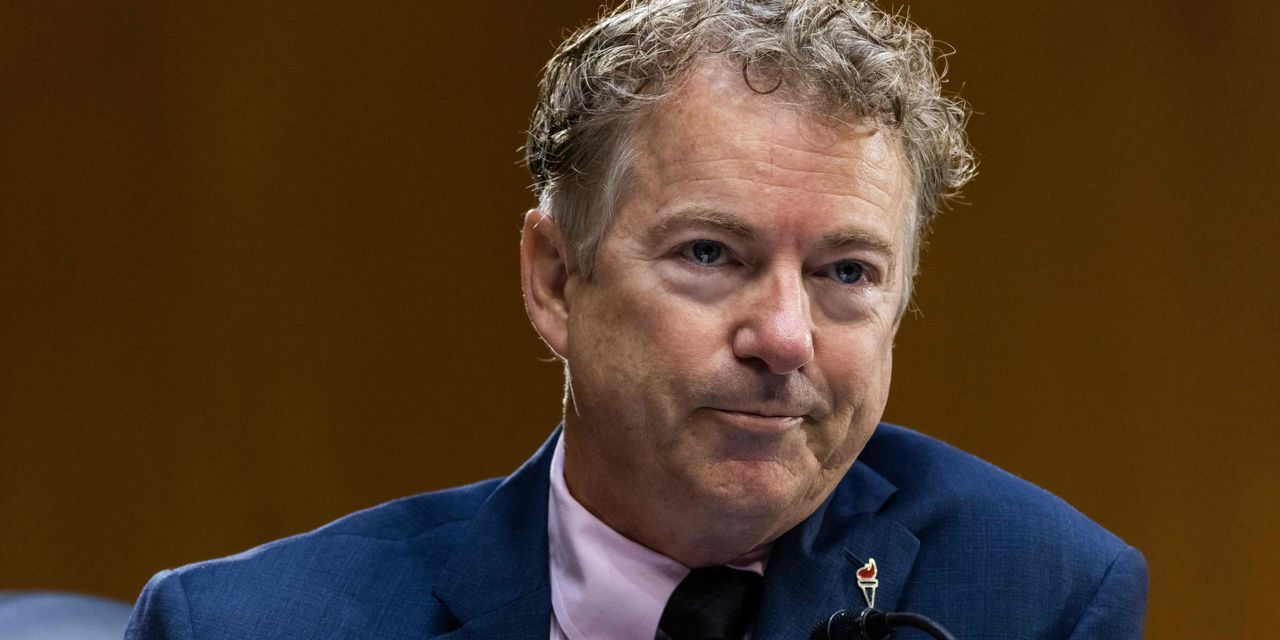 Sen. Rand Paul (R-Ky.) revealed Wednesday that his wife purchased up to $15,000 worth of stock in Gilead Sciences Inc.
GILD,
,
maker of the COVID-treating drug remdesivir.

The stock purchase was made in February 2020, right as the pandemic was beginning in the United States, according to the Washington Post. Remdesivir later became one of the first drugs approved to fight COVID-19 by the U.S. Food and Drug Administration (FDA).

The Stop Trading on Congressional Knowledge (STOCK) Act prohibits members of Congress from using information not available to the public in stock trades, and requires that all trades be disclosed within 45 days. Paul filed documents reporting his wife’s investment 16 months later.

See also: Can my employer make me get vaccinated?

“Last year Dr. Paul completed the reporting form for an investment made by his wife using her own earnings, an investment which she has lost money on. This was done in the appropriate reporting time window,” Paul’s spokesperson Kelsey Cooper said in a statement.

“In the process of preparing to file his annual financial disclosure for last year, he learned that the form was not transmitted and promptly alerted the filing office and requested their guidance. In accordance with that guidance he filed both reports today,” Cooper went on to say. It’s unclear if and when Paul’s wife sold any of the equity that she purchased.

James Cox, a law professor at Duke University, told the Washington Post, who first reported Paul’s late stock trading disclosure, that “the senator ought to have an explanation for the trade and, more importantly, why it took him almost a year and a half to discover it from his wife.”

Gilead Sciences is up 11.04% from the beginning of February 2020 as of Thursday’s trading.

The goal of the STOCK Act is meant to “prohibit Members of Congress and employees of Congress from using nonpublic information derived from their official positions for personal benefit, and for other purposes.”

Several Senators from both parties have been investigated by the Department of Justice over potential STOCK Act violations since its inception in 2012. These individuals include former Georgia Republican senators David Perdue and Kelly Loeffler; North Carolina Republican Richard Burr; and California Democrat Dianne Feinstein.

Senator Rand Paul was one of the first members of Congress who tested positive for COVID-19, and has been involved in several heated exchanges with the nation’s top infectious diseases expert Dr. Anthony Fauci.

Paul is a board certified ophthalmologist, which is the study of treatment and diseases of the eye, but has been criticized at times during the COVID-19 pandemic for rebuking health experts on matters like mask guidelines and herd immunity.

This week, Paul was suspended from YouTube for spreading mask misinformation.

“We removed content from Senator Paul’s channel for including claims that masks are ineffective in preventing the contraction or transmission of COVID-19, in accordance with our COVID-19 medical misinformation policies,” the Google-owned
GOOG,

YouTube said in a statement. “We apply our policies consistently across the platform, regardless of speaker or political views.”