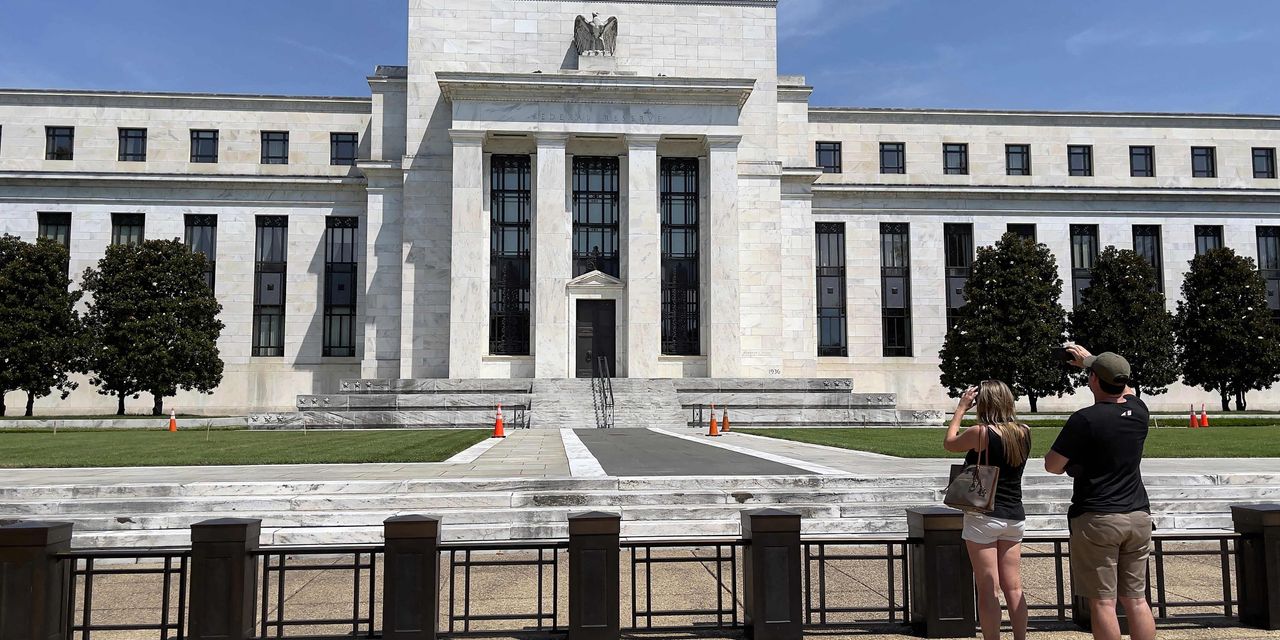 gained ground. Meanwhile, Treasury yields rose across the board, with the 10-year yield
TMUBMUSD10Y,

trading at the highest level since June and briefly breaching 1.5%.

Rising yields tend to usually be a sign of improving economic optimism, as investors sell off government debt and shift into a more risk-on mentality. Occasionally, however, market-based rates can rise for the wrong reasons and hurt equities — such as when inflation expectations move up or the prospects of higher borrowing costs dent optimism.

In this case, traders seem to be factoring in tightening monetary policy this year and next from the Fed, even as policy makers lowered their growth expectations for 2021 and held their inflation outlook somewhat steady from 2022-2024.

Read: It May Be Time to Start Worrying About Bond Yields Again

Until Monday, stock investors had brushed off the impact of tightening monetary policy down the road — choosing to focus instead on the lack of specific details about the timing or pace of tapering.

Short-term Treasury yields began jumping last Wednesday, after Fed officials indicated that the tapering of $120 billion in monthly bond purchases “may soon be warranted” and penciled in one rate hike for 2022 — the first increase since 2018. A day after the Fed’s update, the 10-year and 30-year rates also spiked and have each climbed by roughly 15 basis points or more since policy makers clarified their plans.

On Monday, tech shares were leading the way lower, down 1.5%, among the S&P 500’s 11 sectors. Meanwhile, sectors that tend to do well in a rising rate environment, including energy and financials, pushed higher: The energy sector jumped more than 3%, also aided by a continued rally in oil prices.

“There are few corners of the market more vulnerable to higher bond yields than tech and long duration assets — energy and financials are the best hedges to a rising yield environment,” Chris Weston, head of research at Pepperstone, wrote in a note.

Toward the end of the year, traders will begin to shift their focus to the likely peak level for the fed-funds rate target in this cycle, said RBC Wealth Management’s Garretson. “We think 2% is the ceiling and the key number to watch for the 10-year by next year,” he said, adding that the widely watched rate will likely struggle to get to 1.75% this year.