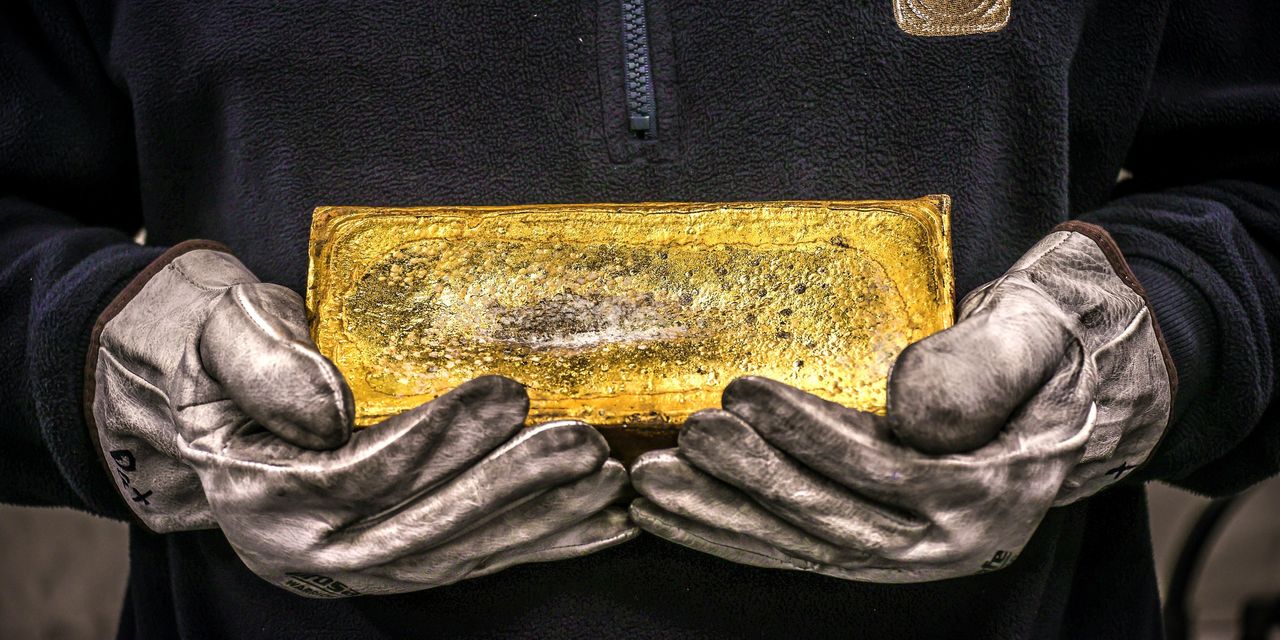 Gold futures headed lower Monday for a third straight session to a roughly two-week low as yields levitated and the U.S. dollar saw a slight rise to kick off the a holiday-shortened Thanksgiving week. U.S. markets will be closed on Thursday in observance of Thanksgiving and will end early the Friday after the holiday.

was trading down $9.10, or 0.5%, pushing the precious metal near the lowest level since Nov. 10, FactSet data show. Gold was risking a third straight decline, which would match its longest such skid since the period ended Oct. 11.

The decline for bullion comes as the dollar, as measured by the U.S. ICE Dollar Index
DXY,
,
was up less than 0.1%, hanging near the loftiest level since around July of 2020.

A strengthening dollar can hurt demand for assets priced in the currency, making them more expensive for buyers using weaker monetary units.

On top of that, yields for government debt were climbing, drawing away some demand from the nonyielding commodity that often competes against it for safe-haven bids. The 10-year Treasury note
TMUBMUSD10Y,

The moves for gold come after a weekend of protests in Europe that turned violent at times over increasing COVID-19 restrictions across the continent.