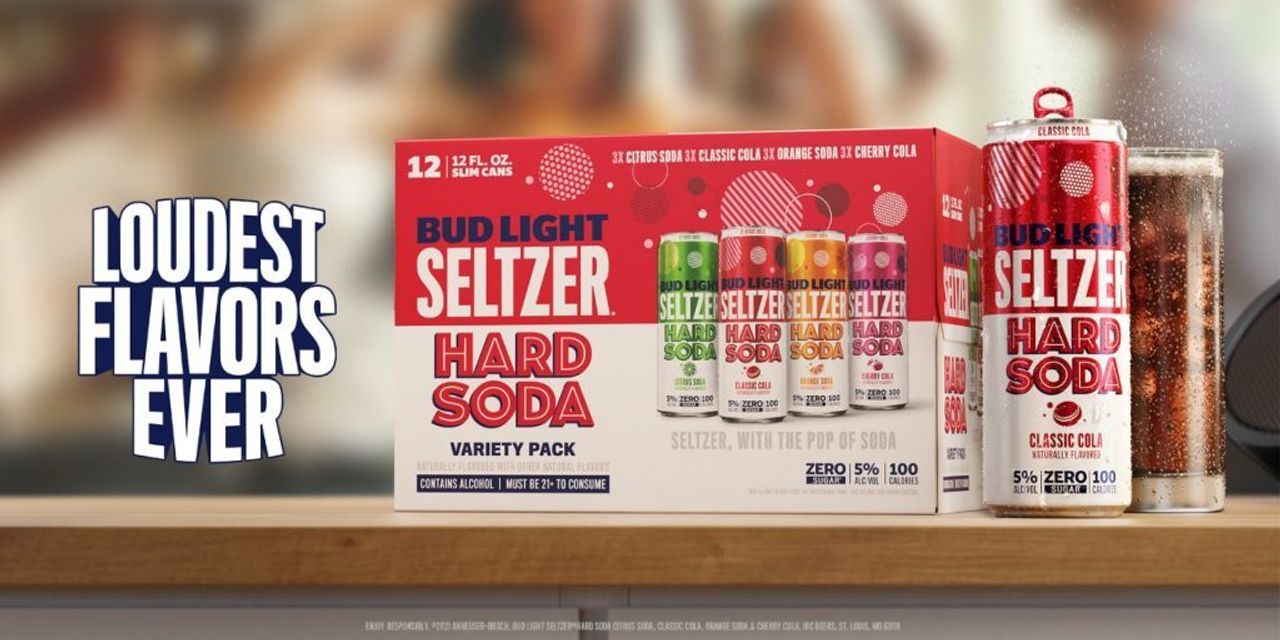 Bud Light Seltzer Sour, coming Dec. 27 and available for a limited time, will come in four flavors including blue raspberry and watermelon.

Both have 100 calories and are made with pure cane sugar.

The launches come after a period in which the once white-hot hard seltzer category fell flat.

See: This vodka is made from Malbec and Merlot grapes too damaged by California fires to be used for wine

Constellation Brands Inc.
STZ,
,
parent to the Corona brand of beer and seltzer, turned its attention back to its core beer business during its last earnings announcement, with Chief Executive William Newlands saying on the earnings call that the company isn’t “reliant on the growth of hard seltzers and ABAs [alternative beverage alcohol] to achieve the medium-term growth goals of our beer business.”

And Boston Beer
SAM,
,
parent to Sam Adams and the Truly hard seltzer brand, reported disappointing earnings in October, with the company saying it overestimated growth in hard seltzer.

Credit Suisse analysts say hard seltzer volume has returned to positive year-over-year territory, up 0.6% for the latest four-week period, and nearly double, up 98%, on a two-year basis.

Bud Light is part of the Anheuser-Busch
BUD,

portfolio. Anheuser-Busch stock has fallen nearly 15% for the year while the benchmark S&P 500 index
SPX,