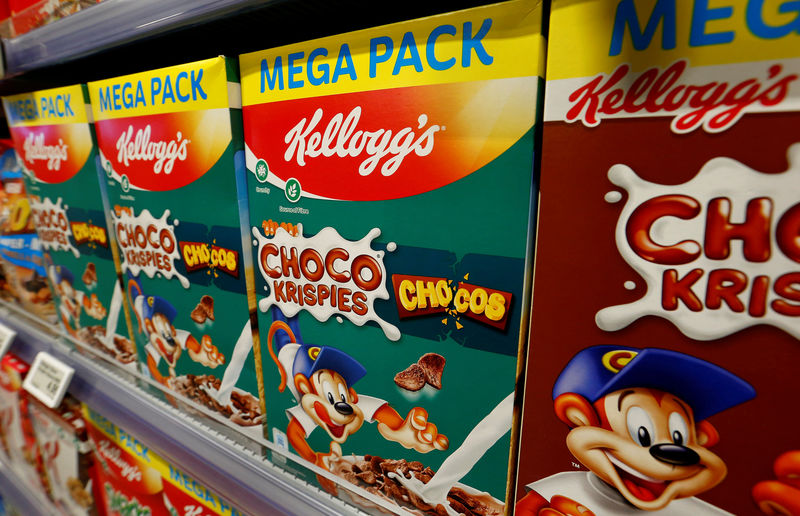 Investing.com – Kellogg stock (NYSE:K) will be in focus when trading resumes Wednesday after the cereal-maker paid up to end a damaging strike.

Kellogg said late on Tusday its employees had ratified an agreement that translates into higher wages and better benefits for them.

The stock had fallen 2.7% on Tuesday as details of the settlement started to be reported.

The five-year contract puts an end a strike over higher wages that has lasted over one and a half months. The company claimed the workers were already among the best paid in the industry.

The agreement covers around 1,400 union-represented workers at factories in Michigan, Nebraska, Pennsylvania and Tennessee. The company expects the employees to resume work next week.

The union said the highlights of the new agreement included no permanent two-tier system, in which lower-tier workers make less than longer-tenured workers. It also offers better terms for transitional employees.

“This agreement makes gains and does not include any concessions,” Reuters quoted Anthony Shelton, president of the Bakery, Confectionery, Tobacco Workers and Grain Millers International Union, as saying.

The labor strike saw Senator Bernie Sanders rally with striking workers in Michigan, while a threat by the company to replace striking employees drew criticism from President Joe Biden.

The company had last month raised its annual outlook for organic sales to a growth of 2%-3% compared to 0-1% earlier. At the same time, it warned that labor crunch could keep the EPS growth at the lower end of its forecast of 1%-2%.

(CORRECTION: An earlier version of this article incorrectly stated the length of the strike)