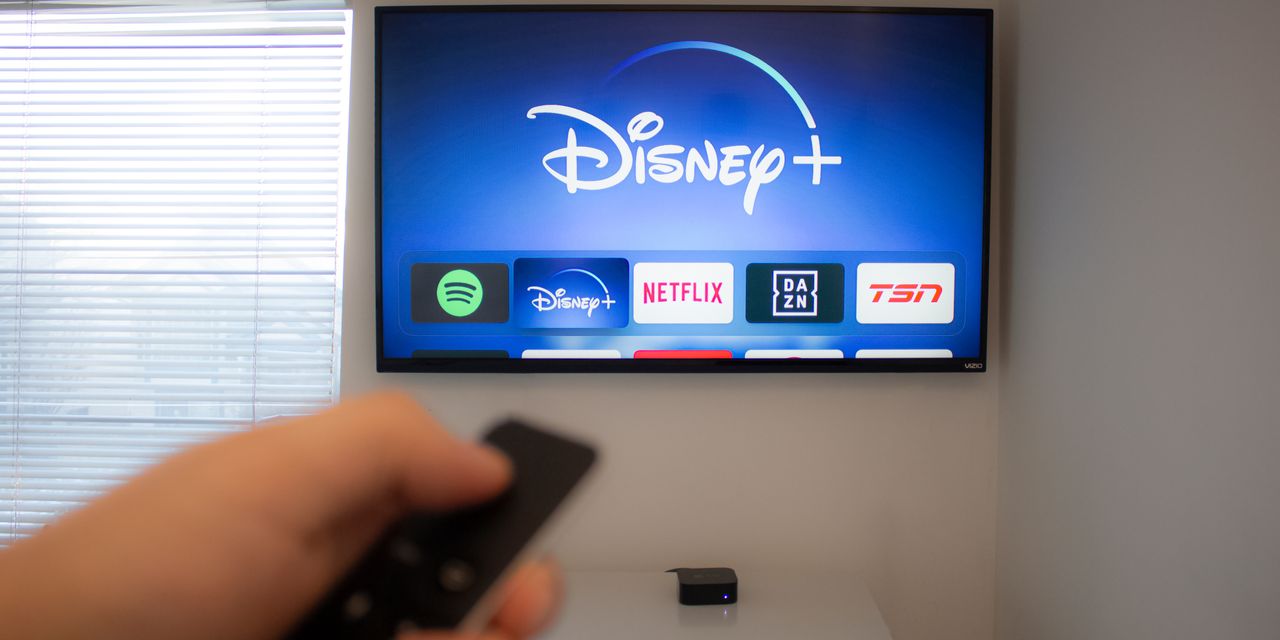 The Walt Disney Co. blew away expectations for the holiday season, producing a record revenue total and more than $1 billion in profit by adding more subscribers to Disney+ and other streaming services than expected while a theme-park rebound led to all-time highs.

Shares rose nearly 8% in after-hours trading Wednesday following the release of the results, after increasing 3.4% to $147.31 in the regular session.

“This marks the final year of The Walt Disney Company’s first century, and performance like this coupled with our unmatched collection of assets and platforms, creative capabilities, and unique place in the culture give me great confidence we will continue to define entertainment for the next 100 years,” Disney Chief Executive Bob Chapek said in a statement announcing the results.

Read more: After ‘baptism by fire,’ Disney CEO looks for a rebound

The results offered the latest chapter in a COVID-era narrative for Disney, which traversed the first year of the pandemic with its theme parks shut down and live-action movies on hiatus by focusing on streaming efforts. Disney benefited from a spike in viewership of its then-new Disney+ streaming service until growth inevitably slowed, but is hoping the other businesses will bounce back until Disney+ expands to 50 more countries later this year.

Record theme-park revenue and profit far surpassed expectations, which were low for a period when the Omicron variant was growing. Disney’s theme parks and product sales segment more than doubled, to $7.23 billion in revenue from $3.59 billion a year ago. The average analyst estimate was $6.36 billion.

Disney increased ticket prices early in the holiday quarter, and Chapek said that guests were taking advantage of add-ons within the park to boost Disney’s returns. That helped Disney set those theme-park records despite “lower attendance levels than 2019,” Chapek said.

“In the quarter, more than one-third of domestic park guests purchased either Genie+, Lightning Lanes or both, and that number rose to more than 50% during the holiday period,” Chapek said, mentioning two services that guests pay for to avoid waiting in line for rides.

In-depth: Walt Disney World has evolved from a $3.50-a-ticket amusement park to a ‘luxury-priced destination’

Chief Financial Officer Christine McCarthy put more numbers to the performance, saying, “per capita spending at our domestic Parks was up more than 40% versus fiscal first quarter 2019 driven by a more-favorable guest and ticket mix, higher food, beverage, and merchandise spending and contributions from Genie+ and Lightning Lane.”

Disney’s other main segment, “Media and Entertainment Distribution,” collected revenue of $14.59 billion in total in the quarter, while analysts on average expected $14.55 billion. The direct-to-consumer segment, which also includes international products, hauled in $4.7 billion in revenue, while analysts forecast $4.8 billion on average. The company’s television networks generated sales of $7.71 billion, while analysts’ average estimate was $7.7 billion.

Content sales and licensing, a category that includes Disney’s film business, recorded revenue of $2.43 billion vs. expectations of $2.27 billion. The segment lost more money than expected, however, as the film industry continues to struggle with attendance at movie theaters during the pandemic, though McCarthy noted the co-produced “Spider-Man: No Way Home” was able to boost the bottom line.

“While theaters have generally reopened, we are still experiencing a prolonged recovery in theatrical exhibition particularly for certain genres of films, including non-branded general entertainment and family-focused animation,” McCarthy said. “This dynamic contributed to increased losses in the quarter as we released more titles in Q1 this year versus the prior-year, resulting in lower theatrical results.”

Disney did not provide a traditional forecast for the fiscal second quarter in Wednesday’s results, but McCarthy did outline some expected high costs in the quarter, including $800 million to $1 billion in programming and production expenses for the direct-to-consumer business.

Disney stock has struggled so far this year, falling 8% while the S&P 500 index
SPX,

— which counts Disney as a component — dipped 2%.