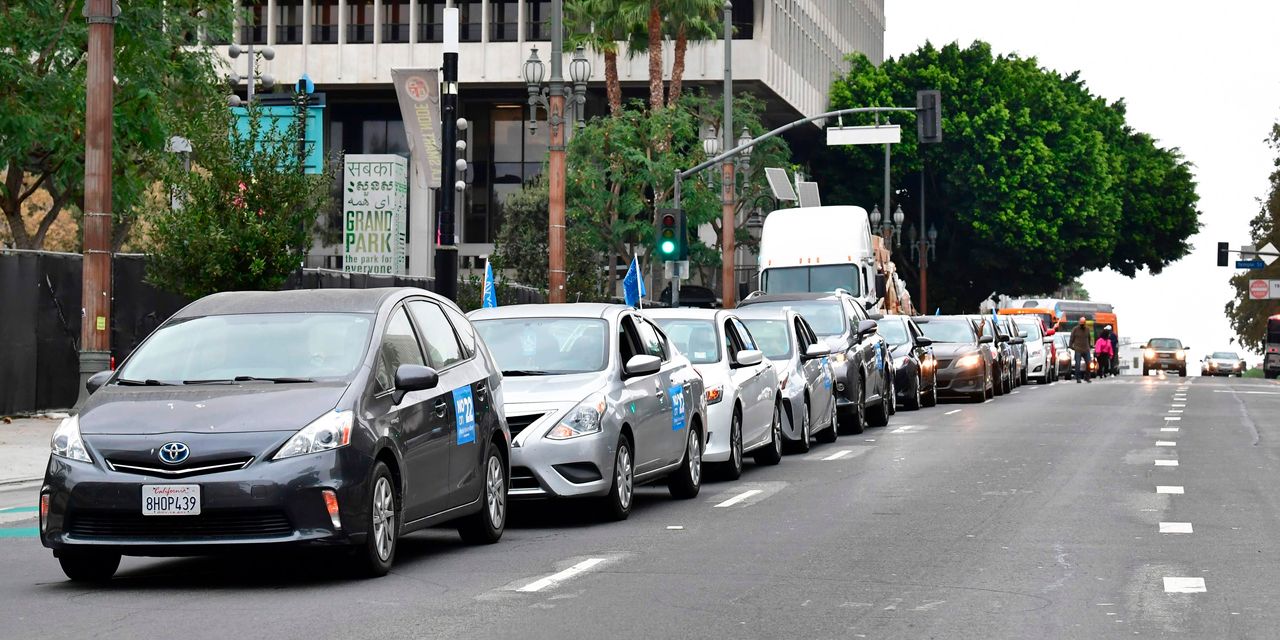 As gig work becomes a larger part of the economy, two U.S. senators and some of the nation’s largest unions are pushing for corporations to disclose more about their workers who are not full-time employees.

Sens. Mark Warner, D-Va., and Sherrod Brown, D-Ohio, are urging the Securities and Exchange Commission to require publicly traded companies to report the numbers of their workers who are not classified as full-time employees, including independent contractors and subcontracted workers. The disclosures would include, for example, ride-hailing drivers and delivery workers whom Uber Technologies Inc.
UBER,

do not report as “human capital” in their annual filings, or the security guards and janitors who are not employed directly but work at large offices owned by the likes of Meta Platforms Inc.
FB,

“We believe that the disclosure of this data is critical to fully capture companies’ human capital management,” the senators said in a letter to SEC Chair Gary Gensler last Friday.

The effort to seek greater disclosure comes as the SEC considers new rules on company disclosures about human capital as part of its annual regulatory agenda. Investors are also increasingly seeking changes to companies’ approach to human capital through shareholder proposals, as companies are dealing with labor-related challenges that include worker shortages, strikes and more.

Under current disclosure rules, companies must report the numbers of only their full-time employees annually, but the senators say those numbers do not fully encompass the size of their workforces.

For example, Uber disclosed 22,800 employees around the world as of the end of 2020 in its annual report, while Lyft Inc.
LYFT,

said its employee count was 4,675 employees and DoorDash said that number was 3,886. But there’s a huge gap between those figures and the numbers of gig workers on whom the on-demand app makers rely. Uber has said, as recently as 2020, that about 1 million workers in the U.S. drove or delivered food for its platform, while Lyft and DoorDash have also recently said that they have about 1 million workers driving or delivering on their platforms globally.

See also: The legal definition of ‘gig work’ could finally be decided

Among the senators’ concerns related to the gig economy in particular include potential long-term risks to those millions of workers, such as perpetual low wages and no opportunity to be upwardly mobile, and therefore the U.S. economy, according to their staff and their previous statements.

Since the companies do not classify those workers as employees, they do not qualify for healthcare, worker’s compensation and other benefits employees have. In the case of gig workers, one impact of that was realized when ride-hailing drivers lost their ability to make money at the beginning of the pandemic because the country was in lockdown. Some drivers were able to collect emergency unemployment benefits despite the fact that Uber and Lyft don’t pay into any government unemployment insurance funds for the drivers — taxpayers footed the bill. To inform policy and legislative priorities, the senators want data to get a clearer picture of the number of workers without such safety nets.

Gig workers are just the latest, and in some ways most high-profile, example of a long-term trend toward contingent work that includes the franchise and subcontractor model, which allow companies to push responsibilities and costs typically placed on companies onto the employees instead.

Besides those who secure gigs via on-demand apps, the senators’ letter mentions a plethora of other types of workers: “Examples of subcontracted out workers that should be considered part of the material workforce include security personnel, janitors, food service workers, housekeepers for hotels and lodging real estate investment trusts (REIT), and custodial workers.”

In-depth: How long will the Silicon Valley employees who can’t work from home keep getting paid?

A spokeswoman for Warner added that he is “generally concerned about companies’ increased use of subcontracted and contingent workers for work that used to be performed by direct employees.” She added that this has led to “fissured workplaces” — a term for what happens when primary employers outsource “non-core” functions to other companies but still largely control the work of those subcontractors.

Brown’s staff said he and Warner have been seeking more information about companies’ rising use of contract and contingent workers for the past couple of years. The letter to the SEC is just their latest effort. In 2020, they asked the U.S. Government Accountability Office to study and prepare a report on the issue.

The letter by Warner and Brown follows and supports a similar one sent by six unions, including the AFL-CIO, the International Brotherhood of Teamsters and the SEIU, to Gensler in January. They also asked the SEC to ensure that companies are more thorough when disclosing information about their workforce numbers.

Referring to the “proliferation of work models relying on workers who are not issuer-claimed employees,” the unions said that “workers employed through these models generate considerable value for an increasing number of issuers and are thus of great interest to investors.”

Among the examples they cited: an estimated 150,000 Amazon.com Inc.
AMZN,

delivery drivers who are not directly employed by the retail giant, and 2 million McDonald’s Corp.
MCD,

franchise workers. In both cases, the unions say, Amazon and McDonald’s determine and control the nature of the workers’ jobs and job requirements but do not disclose any other significant metrics about them.

See: How the ‘S’ in ESG can and should help low-wage workers

The unions suggest three methods the SEC could use to determine which workers they can require companies to include in their disclosures: including anyone to whom companies make or facilitate payments; applying the “ABC” test that numerous states use to determine when someone is an employee or independent contractor; and using the Fair Labor Standards Act joint employer standard, which can be applied in instances of contracting, subcontracting and franchising.

The other union leaders who signed onto the letter are from the American Federation of State, County and Municipal Employees, the Communications Workers of America and Unite Here.

The SEC declined to comment on the letters from the senators and unions.