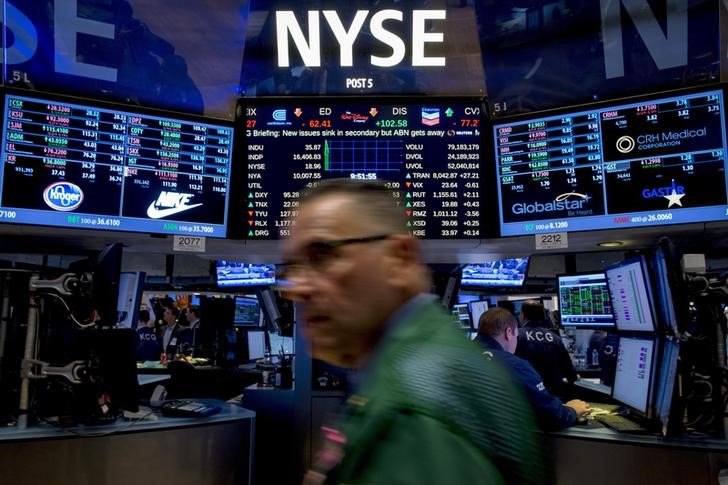 Investing.com – The S&P 500 closed Wednesday, as a rally in Facebook-parent Meta helped the broader tech sector build on recent gains just as Treasury yields paused their run higher ahead of a red-hot inflation report due Thursday.

Meta Platforms (NASDAQ:FB) jumped more than 5% as investors appeared to the buy the dip in the social media company, which hit fresh 52-week lows a day earlier.

For the second-straight day, a rally in semiconductor stocks also pushed tech higher, with Nvidia (NASDAQ:NVDA) racking up a 5% gain as analysts downplayed the $1.25 billion hit to the company after its deal to acquire UK chipmaker ARM fell through.

“The $1.25bn prepay represents ~30 days of NVDA free cash flow – and we see no impact to the core business and trends – and we would not be surprised to see an accelerated timeline for NVDA’s ARM CPU called Grace which was originally scheduled for sampling in CY22 and shipments in CY23,” Credit Suisse said in a note as it kept its outperforming and $400 price target on the stock.

A retreat in U.S. bond yields also supported sentiment on growth sectors of the market like tech. The U.S. 10-year yield took a breather from attempting to top 2% for the first time in more than two years, but it is expected to breech that milestone this year.

U.S. government bond yields, which have been buoyed by expectations for more aggressive action, will remain in the spotlight as data due Thursday is expected to show inflation remains elevated.

Yum! Brands (NYSE:YUM) reported fourth quarter earnings that fell short of estimates,  as higher costs weighed on margins at Taco Bell, KFC and Pizza Hut. Its shares was up 2%.

LYFT (NASDAQ:LYFT) rose more nearly 7% after reporting a beat on both the top and bottom lines, though a miss on active riders first-quarter guided  that fell short of estimates kept a lid on gains.

Crypto-related stocks, meanwhile, including Coinbase (NASDAQ:COIN), Riot Blockchain (NASDAQ:RIOT), and Marathon Digital (NASDAQ:MARA), and as bitcoin remain on the comeback trail, up more than 3%.

In other news, Roblox (NYSE:RBLX) jumped 9% after teaming up with the National Football League to launch ‘NFL Tycoon’ to engage football fans in the metaverse.