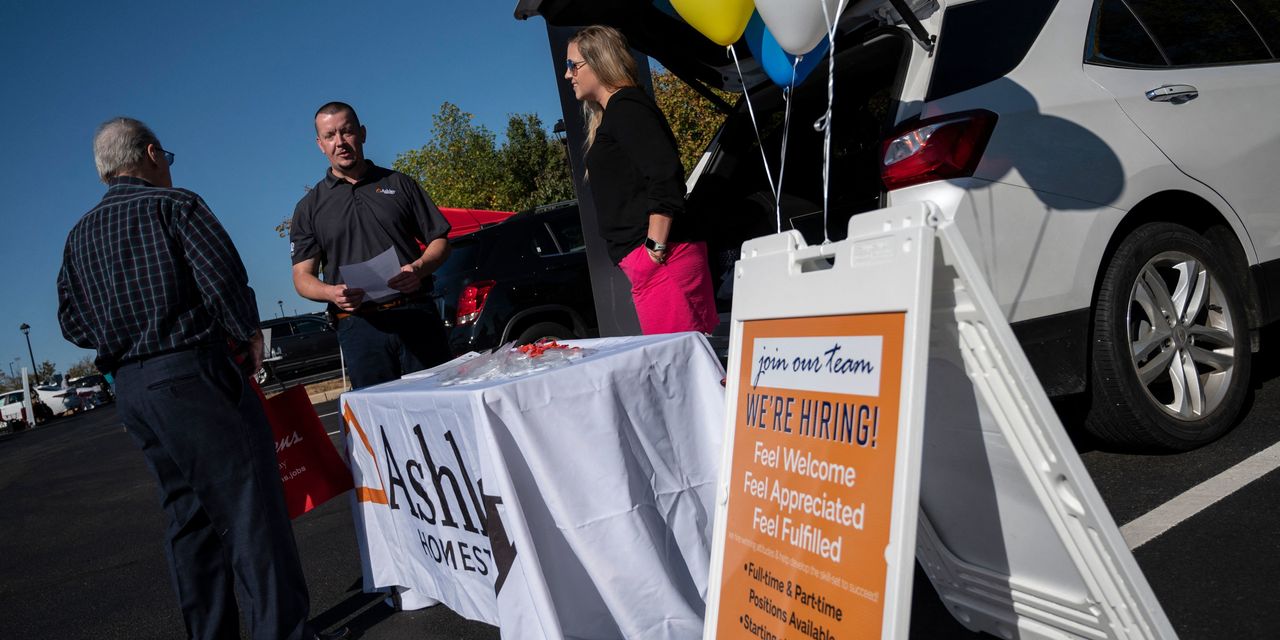 The head of the Bank of England is being slammed for telling the U.K. public not to seek wage gains so that inflation will come down. Do all central bankers agree?

“I believe in free markets. And I believe that the economy is dynamic. And I think that, you know, negotiations continue,” Mester told reporters, after a webinar hosted by the European Economics and Financial Centre.

Last week, England’s central bank chief Andrew Bailey surprised his country with a controversial quip that people should hold off asking for pay raises in the name of fighting inflation.

The job of a central banker is to “take on board” the economic trends and set policies to ensure inflation is low and stable, Mester said.

“That’s the dynamics of the economy. We have to accept those and then we have to set our policy,” she said.

The Fed has a 2% longer-run inflation target. With inflation running hot and the labor market strong, the central bank’s task is to exit from its easy policy stance and bring down inflation, Mester said.

While wages are rising “at the fastest pace we’ve seen in decades,” there is not a “wage-price spiral” underway, the Cleveland Fed president said.

“I don’t believe we’re in that dynamic, yet, but it is something that you have to keep an eye on,” she said.

Opinion: ‘Wage hikes will not keep pace with inflation.’ The Fed can’t control prices — and may not want to.

In her speech, Mester said she didn’t think there was a compelling case for the Fed to hike its policy rate by a half a percentage point at its next meeting on March 16.

More hikes would be needed after March, but the pace and the timing would depend on whether inflation pressures eased, she said.