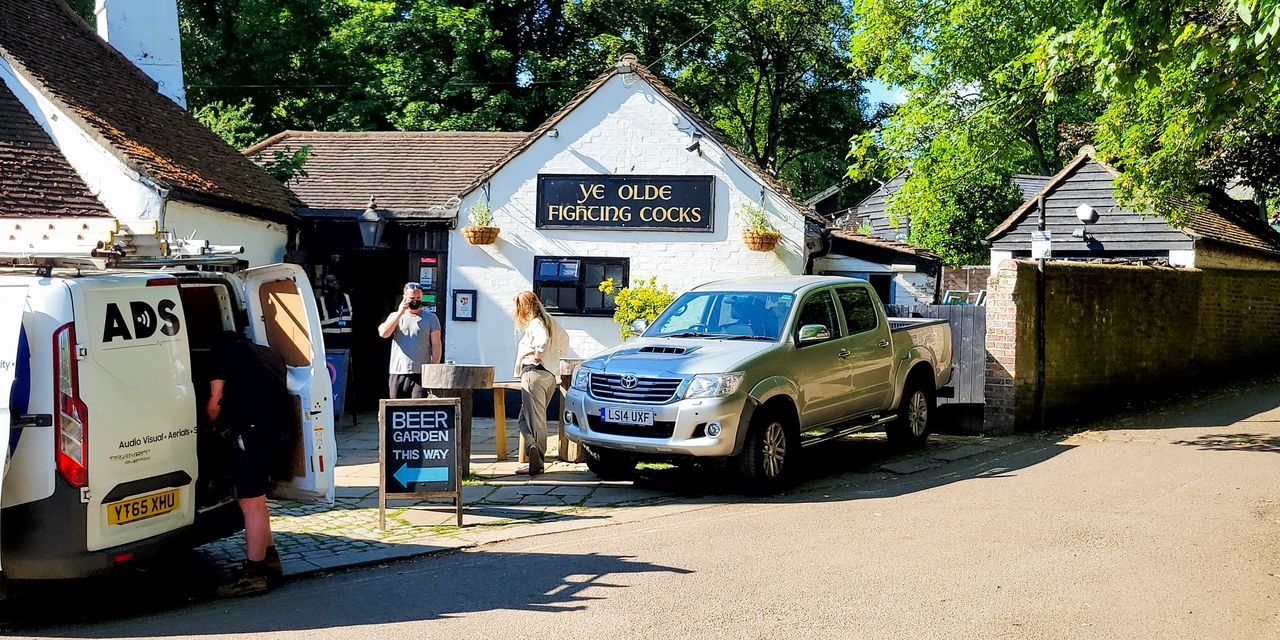 Ye Olde Fighting Cocks — which claims its origins in the 8th century, making it England’s oldest pub — may have pulled its last pint due to COVID-19.

At least for now.

The watering hole, in St. Albans, Herefordshire, England, includes Oliver Cromwell and tunnels traversed by monks in its storied history, the BBC reports.

But its future is uncertain after the property’s landlord announced it will be closing because of economic difficulties worsened by the coronavirus pandemic.

Christo Tofalli, who bought the pub in 2012, said in a Facebook post late last week that “a sustained period of extremely challenging trading conditions” was to blame. Rising fees and taxes were tough even before the pandemic hit, he said, and with tight profit margins and no safety net, the pub was unable to meet its financial obligations.

Tofalli did say the pub could reopen under new management, but that he would “walk away.” He said property owner, restaurant and pub operator Mitchells and Butlers was talking to the administrators of his company.

The pandemic has forced many bars — and plenty of other businesses — to close shop over the past two years. But it hasn’t been last call for good on them all.

In early 2021, the faded sign of The Lamb & Flag swung in the breeze as staff removed barrels from one of Oxford, England’s oldest pubs, as COVID’s economic pain took another beloved destination.

The loss was too great, however, and stirred a community to action. After all, the list of names to cross Lamb & Flag’s threshold reads like an English Lit syllabus: J.R.R. Tolkein and C.S. Lewis during their time at Oxford University. And novelist Thomas Hardy is said to have visited.

The Inklings Group, a name with literary ties of course, was established as a Community Interest Company and has signed a long-term lease to relaunch the pub.

“The Inklings are a diverse and eclectic mix of Oxford people, past and present, scientists and entrepreneurs, writers and artists, Town and Gown, as well as local businesses and suppliers,” as it describes itself.

In the U.S. alone, more than 110,000 eating and drinking establishments closed for business — temporarily or permanently — in 2020 during the height of the pandemic, and nearly 2.5 million jobs were erased from pre-pandemic levels that year, according to the National Restaurant Association.

Manhattan’s Washington Heights, for instance, lost Coogan’s to COVID, which closed after “Hamilton’s” Lin-Manuel Miranda had rescued it from a rent hike just a few years earlier. The upper Manhattan watering hole only dates to 1985, but became a favorite Irish-feeling place and popular restaurant for world-class runners and nearby hospital workers. The bartenders were Dominican-Americans and the waiters African-American — and the customers all of the above and more, as the New York Times reported. Here’s a non-exhaustive list of New York’s COVID-era bar and restaurant losses from Time Out.

And on Chicago’s north side, a favorite for first dates or 100th dates, Southport Lanes, in an architecturally significant building constructed by Schlitz Brewery around 1900, is gone forever — actually, swapped for a high-end eatery operated by a major restaurant ownership group. The classic tavern that turned into a speakeasy and brothel during Prohibition added bowling lanes in 1922, Block Club Chicago reported.

Its staff famously set the pins by hand right up until its final lights out.