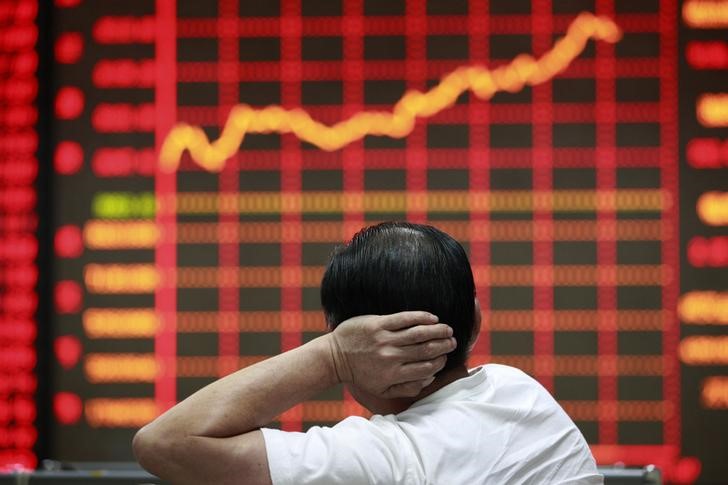 Investing.com – Asia Pacific stocks were mixed on Thursday morning, even after U.S. counterparts closed their best day in the month to date. The benchmark 10-year U.S. Treasury yield was on a downward trend ahead of U.S. data that could impact how fast the Federal Reserve tightens its monetary policy.

China’s Shanghai Composite inched up 0.07% while the Shenzhen Component fell 0.63%.

U.S. futures floundered after the S&P 500 extended a broad rally and the Nasdaq 100 jumped over 2% on Wednesday. Shares in Uber Technologies (NYSE:UBER) Inc. and Walt Disney (NYSE:DIS) Co. gained in late trading, thanks to strong earnings. The 10-year U.S. Treasury yield stabilized, boosted by a strong auction.

The U.S. inflation data, including the consumer price index, is due later in the day.

“The market is being somewhat sanguine about what will happen in the second half of 2022,” Franklin Templeton Fixed Income chief investment officer Sonal Desai said in a note.

“There is an expectation that inflation will decline sharply. I think that might be optimistic because a lot of the factors driving inflation will still be with us. The Fed is already behind the curve.”

Fed Bank of Cleveland President Loretta Mester, alongside Atlanta counterpart Raphael Bostic, signaled all options are on the table for the size of policy makers’ first interest-rate increase in March 2022, but Mester does not see a “compelling case” for a 50-basis-point hike.

The duo indicated they would like the central bank to begin monetary tightening soon, with markets pricing in more than five Fed hikes in 2022.

Some investors, including Bokeh Capital Partners Chief Investment Officer Kim Forrest, remained skeptical about such bets, arguing that inflation could ease as monetary policies are tightened.

Five to seven Fed hikes “is just so crazy, it’s a lot driven by bond people here who really just want to get that 10-year to the 3% rate, and I don’t know that’s possible,” said Forrest, who expects maybe two Fed rate increases in 2022.

The euro was up, boosted by reports that more European Central Bank policymakers were losing confidence in the central bank’s current forecasting and emboldened a shift towards interest rate hikes later in 2022. Bank of England Governor Andrew Bailey will also speak later in the day.