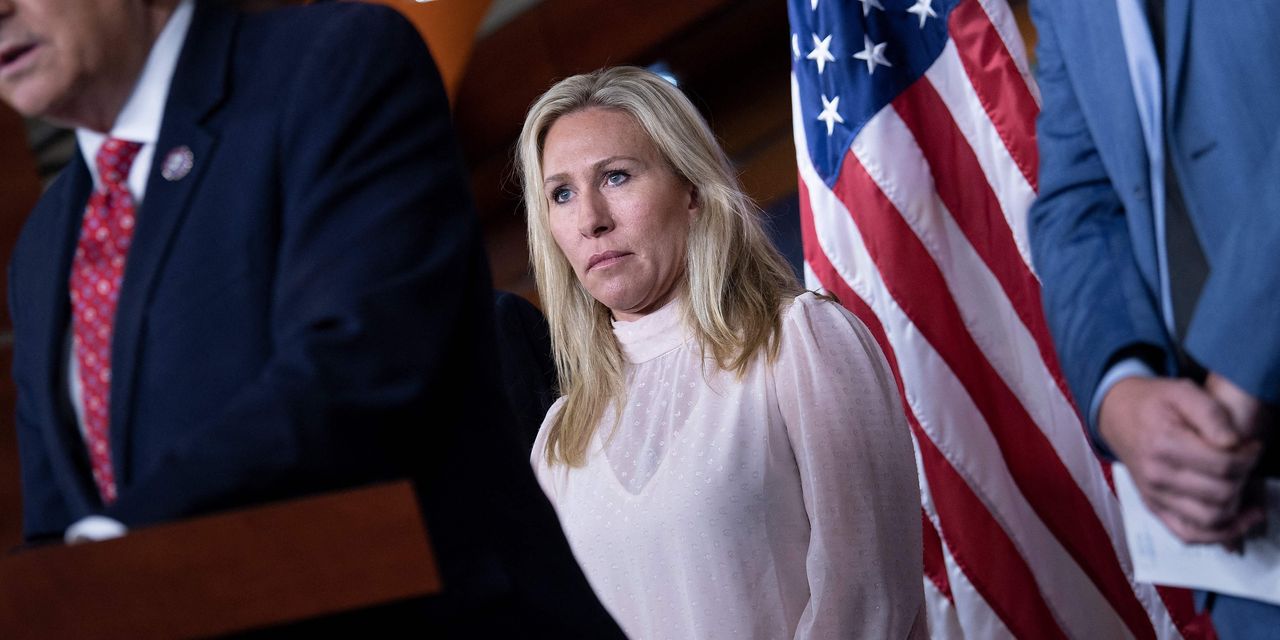 “Not only do we have the D.C. jail, which is the D.C. gulag, but now we have Nancy Pelosi’s gazpacho police spying on members of Congress, spying on the legislative work that we do, spying on our staff and spying on American citizens that want to come talk to our citizens.”

What was supposed to be a hot warning to Democrats turned into an inadvertent reference to cold soup for Georgia Rep. Marjorie Taylor Greene.

Greene, the freshman Republican, was speaking to One America News when she made the slip-up, trying to compare the Capitol Police — the police force dedicated to keeping the U.S. Capitol safe — to the Gestapo, which was the secret police used by Nazi Germany. However, Greene instead referenced “Nancy Pelosi’s gazpacho police” instead, causing people to wonder if Nancy Pelosi does have armed officers who are investigating whether or not the cold vegetable soup from the Iberian peninsula is really suitable for human consumption.

Greene also mixed some metaphors, referencing gulags — Soviet-era labor camps — when trying to compare Pelosi to a Nazi-era ruler. But that’s not really what people were concerned about in the aftermath of her statement.

Greene has ended up in hot water for Nazi comparisons before. Last year, she equated a rule mandating that House members wear masks to wearing “a gold star” — comparing anyone wearing a mask to Jews who were targeted in the Holocaust. She apologized for those May remarks immediately after the uproar, but then, in July, called volunteers who would vaccinate Americans “medical brown shirts.” In November, she used the phrase “vaccine Nazis” in a conversation with Steve Bannon.

Greene’s botched allusion Wednesday came after Rep. Troy Nehls, a Texas Republican, accused the Capitol Police of illegally entering his office at the direction of Pelosi. He provided no evidence for that claim and Pelosi noted Wednesday that she has “no power over the Capitol Police.”

U.S. Capitol Police Chief Tom Manger told the Associated Press on Tuesday there are no such investigations of Nehls or anyone else, adding that his officers are being used for partisan purposes.

Some Republicans have attacked both the efforts to look back on the insurrection and the Capitol Police’s measures to go forward in stopping a future attack. More than two dozen Republicans on Wednesday demanded in a letter to Manger that the department preserve any records “related to any investigations or investigative activity into members of Congress and congressional staff.”

A Capitol officer patrolling the halls of the Longworth House Office Building on Nov. 20 noticed the door to Nehls’ office was open and entered the office to check for intruders. The officer found no intrusion, but noticed a whiteboard that had a hand-drawn map of the neighboring Rayburn office building with an “X” marked on it. The whiteboard also had notes about “body armor.”

The officer took a photo of the whiteboard and filed a report that notes “suspicious writings mentioning body armor.” Two days later, officers returned to Nehls’ office and spoke to his staff about the whiteboard. The case was then closed.

Nehls told the AP on Tuesday that a staffer had drawn the map to show an intern where the ice machine could be found in Rayburn because the machine in Longworth wasn’t working. And his office was working on legislation related to obtaining body armor for law enforcement.

Nehls conceded that the officer had the legal right to enter his office to be sure no one was in there who shouldn’t have been. Nehls also challenged the chief of the Capitol Police to release the photo.

With reporting from The Associated Press