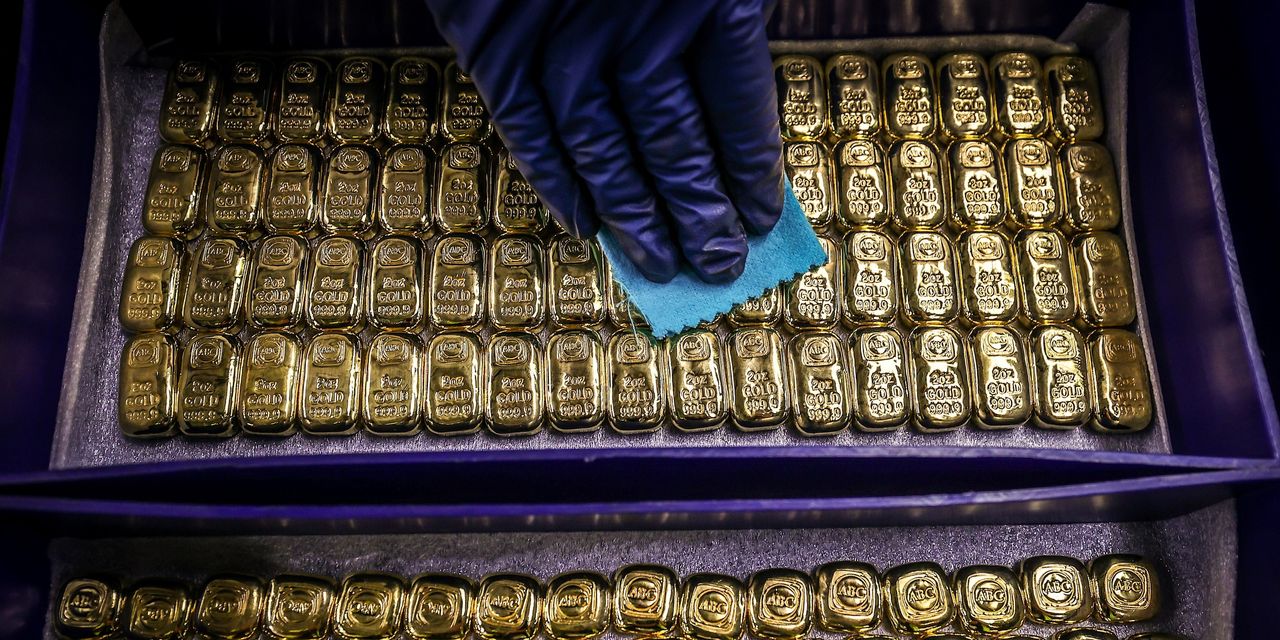 Gold futures were slightly lower Thursday, pausing after a four-day string of gains as investors awaited a U.S. January inflation reading for clues to the speed and scope of interest rate increases by the Federal Reserve.

Uncertainty “about how much central banks will have to tighten has never been greater as the inflation picture is extremely foggy right now. This uncertainty could be what’s been driving gold higher lately…,” said Raffi Boyadjian, lead investment analyst at XM, in a note.

The January consumer-price index is set for release at 8:30 a.m. Eastern. Economists surveyed by The Wall Street Journal look for January CPI to show a 7.2% year-over-year rise after a 7% December increase that was the hottest in nearly 40 years. CPI is expected to show a 0.4% monthly rise, slowing from the 0.5% rise in December.

The core index, which strips out volatile food and energy prices, is also expected to rise 0.4%, which would bring its year-over-year rise to 5.9% versus 5.5% in December.

Read: High inflation has jacked up the cost of food, gas, cars and rent – and there’s little relief in sight

Gold found support Wednesday as Treasury yields pulled back. Rising yields can be a headwind as it raises the opportunity cost of holding nonyielding assets like gold.

Any sign in the numbers that inflation is peaking or is near its peak could lead to a significant pullback in Treasury yields, which would also weigh on the U.S. dollar, Boyadjian wrote. A weaker dollar can be a boost for assets priced in the unit, making them less expensive to foreign buyers.

“The price of bullion appears to be testing familiar resistance in the $1,830 [an ounce] region. Whether it’s able to break above that barrier will likely depend on how strong the CPI data is,” he said.