Home
Stocks
: ‘This is the only grocery store in a three- to five-mile radius’: Buffalo supermarket shooting made a ‘food desert’ in a Black neighborhood even worse.
Prev Article Next Article 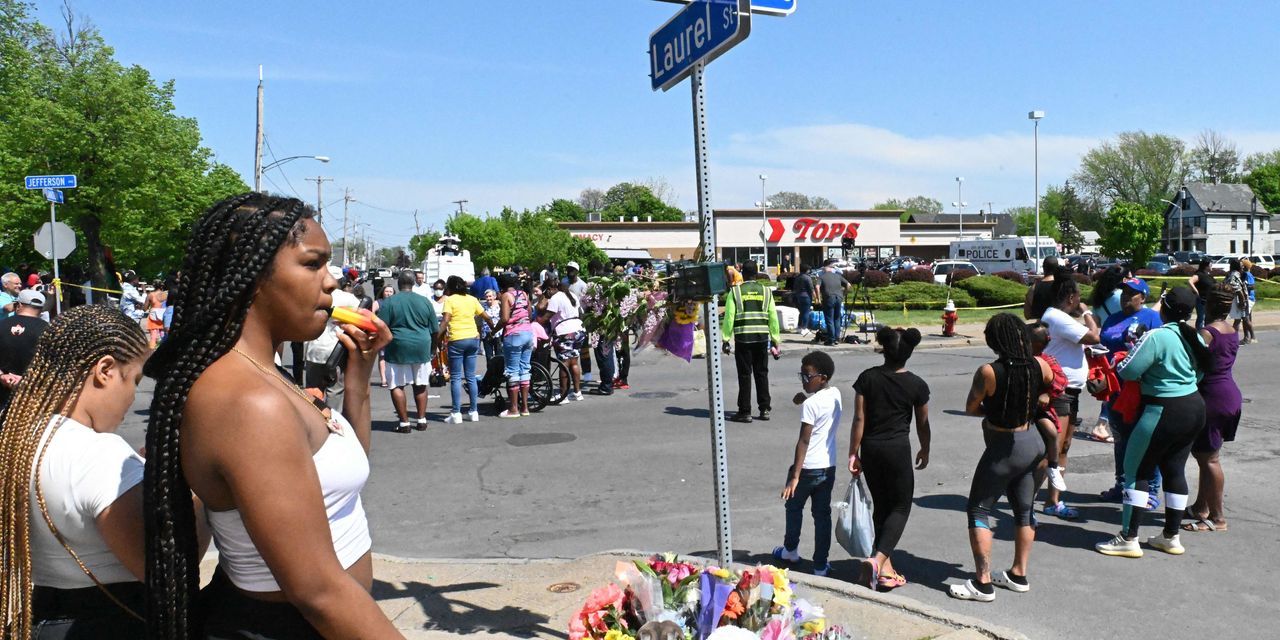 The accused shooter who killed 10 people and wounded three others at a grocery store in a predominantly Black neighborhood in Buffalo was fueled by racism, authorities say.

His targeted location, a go-to spot to buy fresh fruit, produce and groceries in an area with few options for food shoppers, was surrounded by a so-called food desert — and that, too, is a circumstance shaped by racism, anti-hunger advocates say.

Food deserts — a term for areas where few stores sell healthy and affordable food, according to the U.S. Department of Agriculture — “exist for two reasons: economics and bias,” said Joel Berg, the CEO of Hunger Free America. “The economics exist throughout America, in white and Black America. And the bias is unique to Black or Latinx America.”

The temporarily closed Tops Friendly Market where the shooting took place is located on the predominantly Black East Side of Buffalo, a city in northern New York that researchers say is one of the most segregated cities in the U.S.

“The Tops market, which opened in 2003, is surrounded on all sides by neighborhoods where at least 100 households lack access to a vehicle and are at least half a mile from the nearest supermarket.”

The Tops market, which opened in 2003, is surrounded on all sides by neighborhoods where at least 100 households lack access to a vehicle and are at least half a mile from the nearest supermarket, according to USDA data.

Nearby those neighborhoods sit others who are at least a mile away from the nearest grocery store, according to the data, which was last updated in 2019.

Tops, which said Monday it was “heartbroken over the senseless violence,” is arranging free customer bus shuttles to a different location, according to its Twitter
TWTR,

Meanwhile, Buffalo Community Fridges, a network of publicly accessible refrigerators where anyone can drop off donated food to feed hungry people, is divvying up an influx of monetary donations to its network members and to other community groups, according to its Instagram
FB,

Through a partnership with the state, people who need rides to go grocery shopping in ZIP codes 14208 and 14209 will be able to get $25 off rideshare trips from Lyft
LYFT,

rides to and from another Tops location, as well as a Price Rite. (More information is available here.)

“I understand that this is a crime scene, but as soon as we can get this store open and available to the neighborhood is going to be critically important to the well-being and the sense of getting back to normal,” Hochul said at Sunday’s press conference.

But the “normal” experience of grocery shopping can vary substantially by race, research shows.

“A ‘food desert’ is a space — a chunk of neighborhoods, a stretch of rural countryside or otherwise — where easy consumer access to affordable fresh food is difficult.”

A “food desert” is a space — a chunk of neighborhoods, a stretch of rural countryside or otherwise — where easy consumer access to affordable fresh food is difficult.

The Agriculture Department acknowledges there are “many ways” to define what a food desert is, and one way is a “low-income census tract with a substantial number or share of residents with low levels of access to retail outlets selling healthy and affordable foods.”

But there’s a racial component too, data show. For example, Johns Hopkins University researchers said in a 2014 study that supermarkets were increasingly scarce in Black neighborhoods. “At equal levels of poverty, black census tracts had the fewest supermarkets, white tracts had the most, and integrated tracts were intermediate,” they wrote.

One in five Black households is located in a food desert, the consulting firm McKinsey & Co. said last year.

Indeed, some advocates tracing the links between food access, race and income have said terms like “food desert” don’t fully apply and may confuse or mislead, because, they say, a lack of access to fresh, healthy, affordable food is the result of municipal decisions, corporate decisions and government subsidy support. A better phrase is “food apartheid,” they say.

“‘This is the only grocery store in a three- to five-mile radius. We were in a food desert, and I would like to say a food apartheid. This is an area, a gathering place for all of our community.’”

“This is the only grocery store in a three- to five-mile radius,” Rev. Mark Blue, president of the NAACP’s Buffalo branch, told NewsNation on Monday. “We were in a food desert, and I would like to say a food apartheid. This is an area, a gathering place for all of our community.”

Blue told MarketWatch he is thankful for Tops having a store, but noted the grocery store is smaller in comparison to other Tops in other, more suburban locations. There used to be more grocery-store options, he said. “Now through the lack of resources, people have to rely on fast food; they have to rely on the corner store,” he said.

The build-up of retail grocery stores just beyond Buffalo could have happened in city limits too, particularly in the neighborhood where Tops is located, Blue added. “I truly believe if there were more white residents in that area,” it could have been a different story, he said.

It’s tough to identify the latest trends for food access and food deserts in 2021 and 2022, Berg said. Consumer-facing retail stores have faced all kinds of challenges to keep operating, but there’s also been the expansion of online grocery shopping — as well as expansions in government food subsidies — that could bring more fresh food to more places, Berg said.

But at least U.S. families faced relatively lower food prices compared with their counterparts in Europe, Berg said. “If they lose even that, they are going to be even further shafted,” he said.