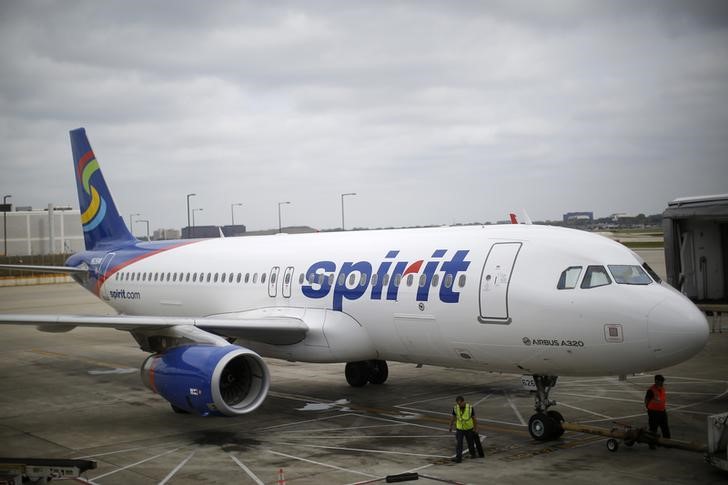 Investing.com — Frontier Group Holdings Inc (NASDAQ:ULCC) shares jumped 5% on Thursday after Spirit Airlines appealed to its shareholders to reject a tender offer by JetBlue and support Frontier’s offer to buy it.

Spirit Airlines Inc (NYSE:SAVE) said in a statement that its board concluded that the JetBlue Airways Corp (NASDAQ:JBLU) offer for $30 a share “faces substantial regulatory hurdles” given JetBlue’s alliance with American Airlines Group (NASDAQ:AAL) in the heavily traveled Northeast region. The extra regulatory hurdles mean the deal is “not reasonably capable of being consummated and is not superior to Spirit’s agreed merger transaction with Frontier,” the statement said.

The company said Spirit shareholders would have to wait too long for a JetBlue transaction to be reviewed by regulators, adding that the Frontier transaction is already proceeding as planned. It urged shareholders to vote in favor of that deal on June 10.

Shares of Spirit rose 0.9% and shares of JetBlue were up 3%.

Frontier and Spirit announced their $2.9 billion deal earlier this year, saying the combination would create a giant in the discount airline sector. JetBlue came in with an unsolicited $3.6 billion offer or $33 a share, which Spirit has twice rejected, and then came back with the $30 a share offer, launching a tender offer.

“It’s no surprise that Spirit shareholders are getting more of the same from the Spirit Board,” JetBlue said in its own statement responding to Spirit’s recommendation to shareholders. “The Spirit Board, driven by serious conflicts of interest, continues to ignore the best interests of its shareholders by distorting the facts to distract from their flawed process and protect their inferior deal with Frontier.”

In its own statement, Frontier’s CEO Barry Biffle said, “We continue to believe that JetBlue is worried about increased competition and put forward a proposal for a transaction that, simply put, can’t be completed. We remain focused on moving forward with Spirit to drive competition and deliver enhanced value to all of our stakeholders.”