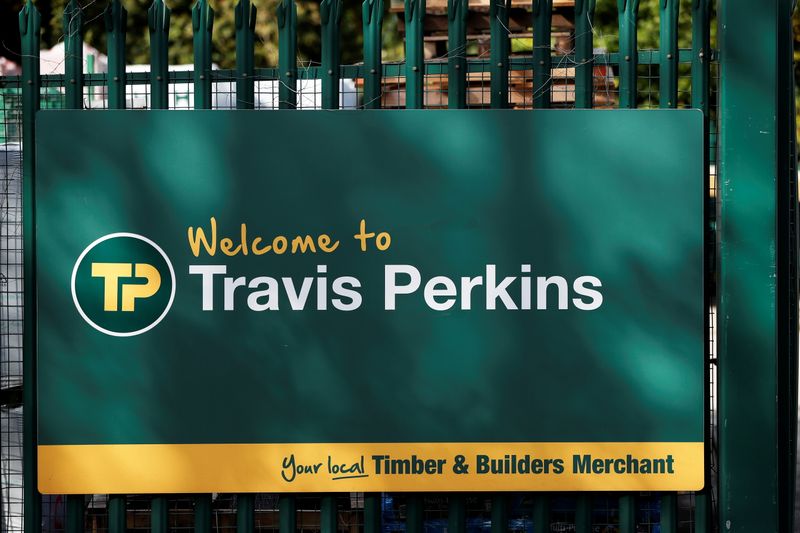 Investing.com — Travis Perkins PLC (LON:TPK) shares plunged towards the bottom of the STOXX 600 on Tuesday after the home improvement retailer reported a decline in first half earnings stemming in part from a weak performance at its key Toolstation unit.

The London-listed company said adjusted operating profit for the six months to June 30 dropped slightly by 0.6% to £163M. Material cost price increases, as well as a surge in DIY activity during the pandemic-hit first half of 2021 that boosted comparative figures, weighed on the results.

Trading at Travis Perkins’ Toolstation business also slumped to a loss of £8M, missing company estimates, while total revenue dropped by 4.6% to £376M compared to the same period last year. The lifting of pandemic restrictions led to a downturn in customers looking to make improvements on their homes.

Toolstation’s European unit, in particular, tumbled to a £15M loss, driven down by flagging demand in the Netherlands. Travis Perkins said this decline reflected the “immaturity” of its branches in Europe, which have doubled over the past two years.

However, the company said: “With the opening of a second distribution centre in the Netherlands to support future growth in Benelux, the ongoing branch expansion programme and an increase in digital and marketing costs to drive future growth, management now expects losses in Toolstation Europe of around £(30)M.”

Travis Perkins flagged that it is “mindful” of macroeconomic uncertainty, but added that its demand outlook remains strong. The group said a shortage in new and affordable homes in the U.K., along with Britain’s need to decarbonize its aging housing stock, will help it partner with the construction industry during the rest of 2022.

“Supported by resilient end markets, agility in responding to market conditions and strong execution, the Group’s Merchant businesses’ strong first half performance is set to continue through the second half,” the company said.

On a group-wide basis, Travis Perkins said it expects to deliver annual performance in line with expectations.

Shares in Travis Perkins were lower by 8.43% as of 0817 EST (1217 GMT) after declining by 11% earlier in the trading session in Europe. Shares in the firm have fallen by more than 39% over the past one-year period.