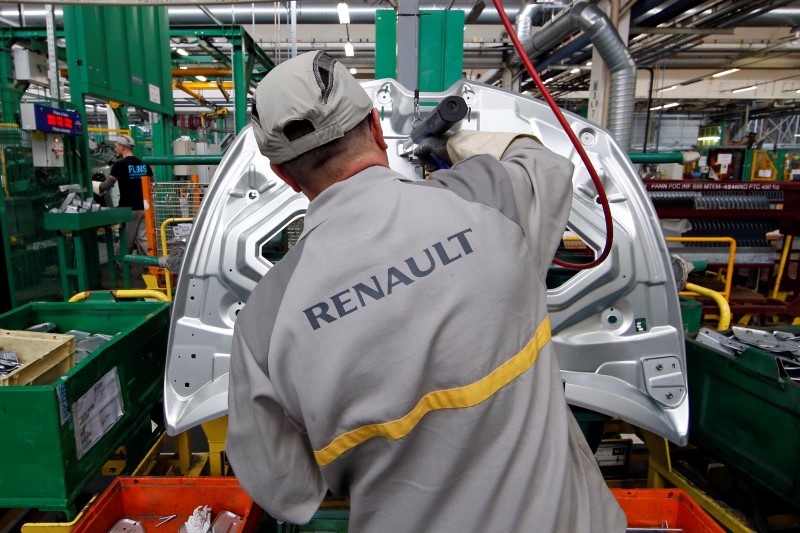 But Renault’s alliance partner, Japanese carmaker Nissan (OTC:NSANY), does not plan to take a stake in the combustion engine unit, the sources told Reuters.

Renault and Geely declined to comment. Nissan did not immediately respond to a request for comment. The French carmaker is due to unveil this autumn plans for creating an EV-dedicated unit based in France and another one based abroad that will bring together all of its petrol and hybrid engine and transmissions production sites in Spain, Portugal, Turkey, Romania and Latin America.

Renault intends to remain the majority shareholder in its “Ampère” electrical division, which will employ around 10,000 people and could list on the stock market in the second half of 2023.

But it will only retain a minority stake in its “Horse” combustion engine business, which will have a similar sized workforce, but would remain a reference shareholder with significant clout in the unit.

The two sources said Renault would hold a 40% stake in the fossil-fuel engine unit, while Geely would also hold 40% and an oil company the remaining 20%. But the plan is not finalized “and other tracks exist for partner manufacturers”, one of the sources said.

That would not include Nissan, despite a proposal from Renault that it participate in the deal, the two sources added, a further indication that the strategy of the alliance partners continues to diverge.

The alliance’s long-term future has been uncertain since the fall of former boss Carlos Ghosn in 2018. Renault, Nissan and Mitsubishi say more than 80% of their models will be based on common architectures in 2026, but questions remain about plans for the 2030s.

By sharing costs for diesel and gasoline engines that are set to decline as EV sales rise, Renault hopes to free up funds to reinvest in electric models, a technology it pioneered with Nissan and Mitsubishi, but where it has fallen behind the likes of Tesla (NASDAQ:TSLA).

The participation of an oil company would also help the development of green hydrogen and the infrastructure required to make hydrogen fuel cell cars viable alongside battery EVs, one of the sources added. Hydrogen is categories ‘green’ when it is made with renewable power and is seen as key to help decarbonise industry. As part of a drastic restructuring to boost its finances, Renault has recently cemented new partnerships alongside its historical alliances with Nissan, Mitsubishi and Mercedes. In May the French carmaker sold 34% of its South Korean subsidiary to Geely. Renault will also develop hybrid vehicles produced at its plant in Busan with Geely.