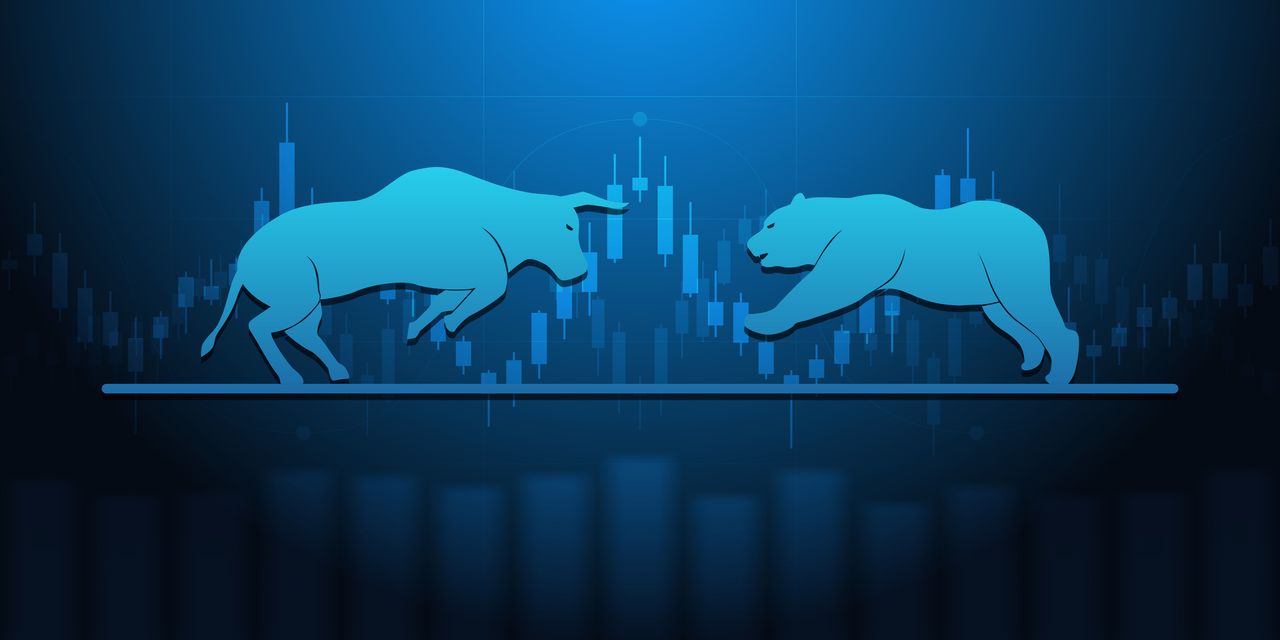 Bank stocks fell sharply Tuesday as worse-than-expected inflation data sparked a spike in Treasury yields and a drop in stock prices, while clouding the outlook for big financial institutions that hold bonds.

Weaker bond prices cause banks to book unrealized losses on the value of their bond portfolios and in turn cause bank capital ratios  to decline. Treasury prices move in the opposite direction to yields.

While higher rates have been boosting bank’s net interest income, bank stocks have been weak in 2022 partly because of worries that inflation will continue to cool the economy and reduce economic activity, which in turn impacts activity in the financial sector.

While banks still have more deposits than they want, the Wall Street Journal reported that outflows in deposits will likely spark questions over the impact on the banking system from the Fed’s attempts to tame inflation.

The overall uncertainty in the economy will do little to stop a nascent effort by banks and other lenders to trim staff.

See now: This AIG spinoff is the biggest IPO of the year at just $1.8 billion in a sign of the deep freeze in new offerings

Goldman Sachs Group Inc. is moving to trim hundreds of investment bankers and other staff by reintroducing its traditional annual performance reviews, according to a source familiar with the banks.

Wells Fargo & Co., JPMorgan Chase & Co. and Citigroup Inc. are all shedding jobs as well in their mortgage businesses and other units. That’s a reversal from the second quarter, when head count numbers climbed.

Also Read: 20 bank stocks expected to benefit the most from rising interest rates as the Federal Reserve fights inflation