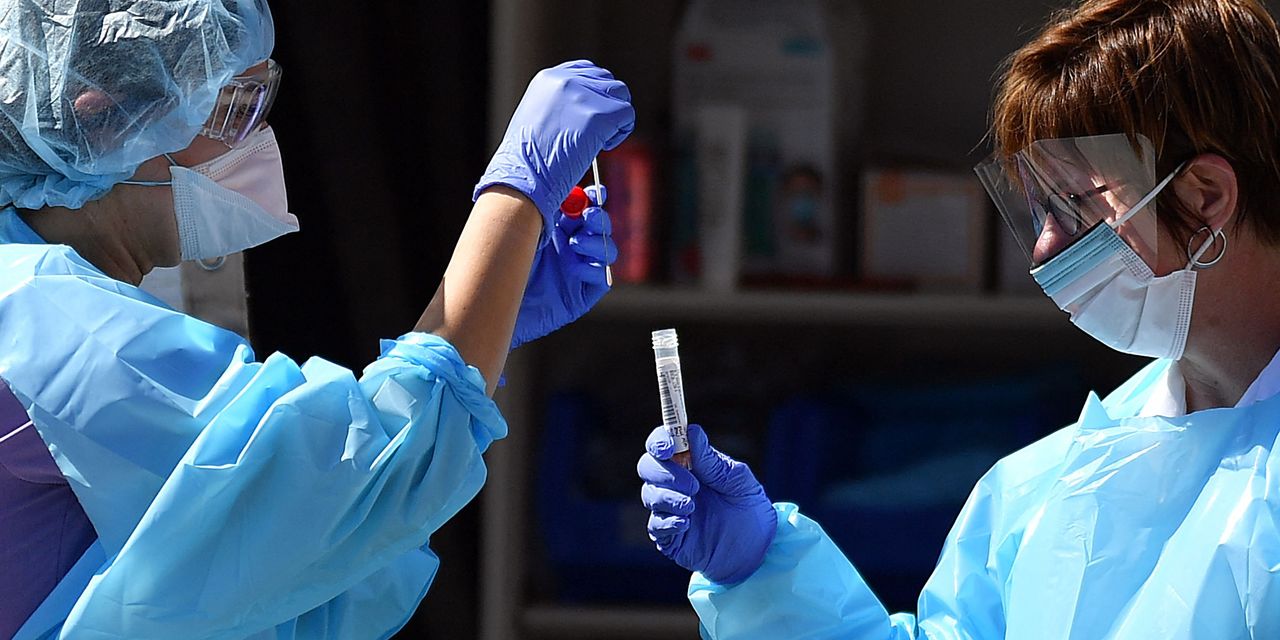 U.S. known cases of COVID are continuing to ease and now stand at their lowest level since early May, although the true tally is likely higher given how many people are testing at home, where the data are not being collected.

The daily average for new cases stood at 66,159 on Sunday, according to a New York Times tracker, down 25% from two weeks ago. Cases are now rising in just three states: South Carolina, Missouri and Texas. They are flat in West Virginia and falling everywhere else, the tracker shows.

In Minnesota, thousands of nurses launched a three-day walkout on Monday in protest over issues of pay and understaffing that they say has got worse because of the pandemic, the Associated Press reported.

The labor action includes 15,000 nurses and seven healthcare systems in the Minneapolis and Duluth areas. Those systems have recruited temporary nurses and say they expect to maintain most services.

Nurses were seeking more than 30% increases in compensation by the end of the three-year contract. Hospitals have offered 10% to 12%.

The Minnesota Nurses Association said that unless benefits are substantially improved, the continued loss of nurses will leave hospitals vulnerable.

said the Japanese regulator has approved a partial change to its new drug application for its omicron-targeting COVID booster, MRNA-1273.214.

The approval from the Ministry of Health, Labor and Welfare is based on data from a Phase 2/3 trial in which the booster met all primary endpoints, including superior neutralizing antibody response against omicron compared with the currently approved dose of Spikevax in previously uninfected trial participants.

It increased neutralizing antibodies by about eightfold above baseline levels and showed higher antibodies against BA.4 and BA.5, the two variants that are now dominant, compared with Spikevax.

Moderna has now received authorization decisions for its omicron-targeting booster in the U.S., Australia, Canada, Europe, Switzerland, South Korea, Taiwan and the U.K.

Coronavirus Update: MarketWatch’s daily roundup has been curating and reporting all the latest developments every weekday since the coronavirus pandemic began

Other Covid-19 news you should know about:

• The southwestern Chinese city of Chengdu is struggling with an extended COVID lockdown that has kept the city of 21 million people at home, the Guardian reported. About 65 million people in 33 cities across China have been placed under partial or full lockdowns, as authorities double down on stamping out coronavirus outbreaks ahead of the Chinese Communist Party’s 20th congress in mid-October. The death toll from a recent earthquake in the region climbed to 93 on Monday.

• Separately, almost 500 students at China’s premier college for broadcast journalists have been sent to a quarantine center after a handful of COVID cases were detected in their dormitory, the AP reported. The 488 students at Communication University of China, along with 19 teachers and five assistants, were transferred by bus beginning Friday night.

• New Zealand removed most of its remaining COVID-19 restrictions Monday as the government signaled a return to normalcy for the first time since the pandemic began, the AP reported. People are no longer required to wear masks in supermarkets and stores, or on buses or planes. The last remaining vaccine mandates — on healthcare workers — will end. And tourists will no longer need to be vaccinated in order to visit the country.

• Washington state will end its COVID state of emergency on Oct. 31, ABC News reported. Gov. Jay Inslee announced he is ending the orders and state of emergency by Oct. 31. There were 85 total COVID-19 emergency orders Inslee put into place since the pandemic started, and most are already lifted. There are 13 healthcare-related orders, which will end Oct. 27.

The global tally of confirmed cases of COVID-19 topped 608.8 million on Monday, while the death toll rose above 6.51 million, according to data aggregated by Johns Hopkins University.

The Centers for Disease Control and Prevention’s tracker shows that 224.1 million people living in the U.S. are fully vaccinated, equal to 67.5% of the total population. But just 108.8 million have had a booster, equal to 48.5% of the vaccinated population, and just 22 million of the people 50 and over who are eligible for a second booster have had one, equal to 34% of those who had a first booster.