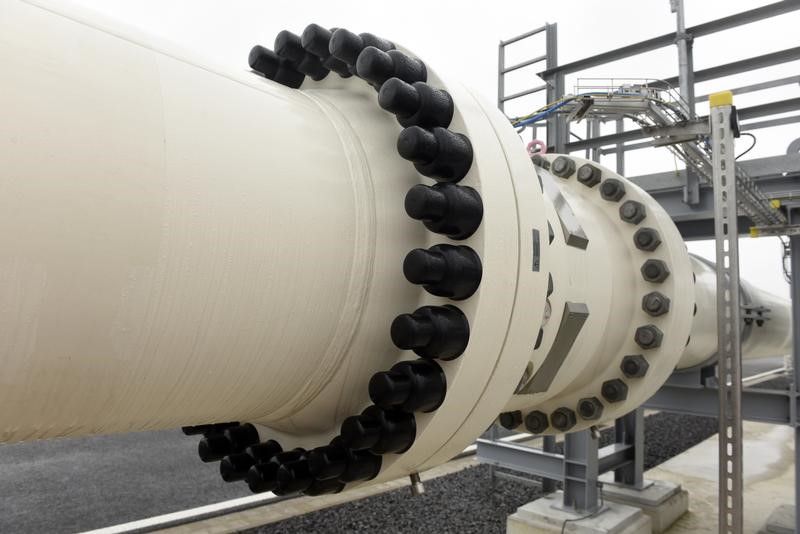 (Reuters) -Top U.S. LNG exporter Cheniere Energy (NYSE:LNG) Inc said it will repair and replace equipment at its Louisiana terminal after tests showed it exceeded newly-imposed hazardous emissions limits on certain known carcinogens, but the work will have no material impact on operations.

A round of testing showed at least one of Cheniere’s turbines at its liquefied natural gas (LNG) export terminal in Louisiana failed the new standards, while the turbines in Texas at the company’s only other U.S. LNG facility were meeting the rules, according to documents obtained from state regulators through a series of information requests and reviewed by Reuters.

At issue is a rule under the U.S. Clean Air Act called the National Emissions Standards for Hazardous Pollutants, which imposes curbs on emissions of known carcinogens like formaldehyde and benzene, that was re-instated in February to apply to a type of gas-fired turbine only used in the LNG industry by Cheniere.

Cheniere, the top U.S. supplier of LNG to Europe, earlier this year asked the Biden administration for an exemption from the new rules, arguing they could undermine U.S. efforts to ramp up shipments to Western allies to offset supply cuts from Russia. The Environmental Protection Agency denied the request.

Cheniere told Louisiana regulators in an email Sept. 8 that its initial testing showed one of eight generator turbines at its Sabine Pass LNG facility had failed to meet the newly imposed requirement, and that it would conduct repairs on the turbine to bring the emissions down.

“Our turbine engineers determined a repair could improve the emission performance of the turbine,” Robert Gray, senior environmental coordinator for the Sabine Pass plant, wrote.

In the same email, Cheniere requested approval from the state to re-test eight compressor turbines and said it was replacing four others, but did not detail the results of initial tests on those pieces of equipment. The company had conducted initial testing on 44 stationary turbines at the facility, according to the email.

Cheniere spokesperson Eben Burnham-Snyder told Reuters this week that the company was “continuing to test and analyze data at Sabine Pass to gain insights and develop solutions that ensure compliance.” He said the measures will have no material impact on operations.

A spokesperson for the Louisiana Department of Environmental Quality, Gregory Langley, said in an email that the agency expected to receive official results from Cheniere in early October and more through the rest of the month.

Cheniere’s Corpus Christi facility in Texas submitted testing documents to the state last week that showed emissions from all of its 18 refrigeration turbines were well below the EPA’s threshold, according to a copy of the documents seen by Reuters.

A spokesperson for the Texas Commission on Environmental Quality said the agency has not yet completed a review of the test results, which is required to confirm compliance.

Colin Cox, an attorney with the Environmental Integrity Project, said it was important for Cheniere to monitor the turbines to ensure continuous compliance moving forward.

Louisiana and Texas regulators are responsible for overseeing compliance with federal clean air laws and regulations for facilities in their respective states.

The EPA announced in February that the National Emissions Standards for Hazardous Pollutants rule will apply to two types of gas-fired turbines that had been left out of the regulation for nearly two decades.

Under the rule, these turbines must comply by September with an emissions limit of 91 parts per billion of formaldehyde, a level that is meant to control other dangerous chemicals too.

Cheniere is the only LNG company that uses these type of turbines and whose facilities are being impacted, according to a list provided by the EPA and previously reported by Reuters.

The EPA years ago had raised concerns to Cheniere about its decision to install higher-polluting gas-fired turbines at its Gulf Coast LNG terminals years before they began operating, Reuters has previously reported.