Home
Stocks
: Here’s what the future of ‘high’ society looks like
Prev Article Next Article 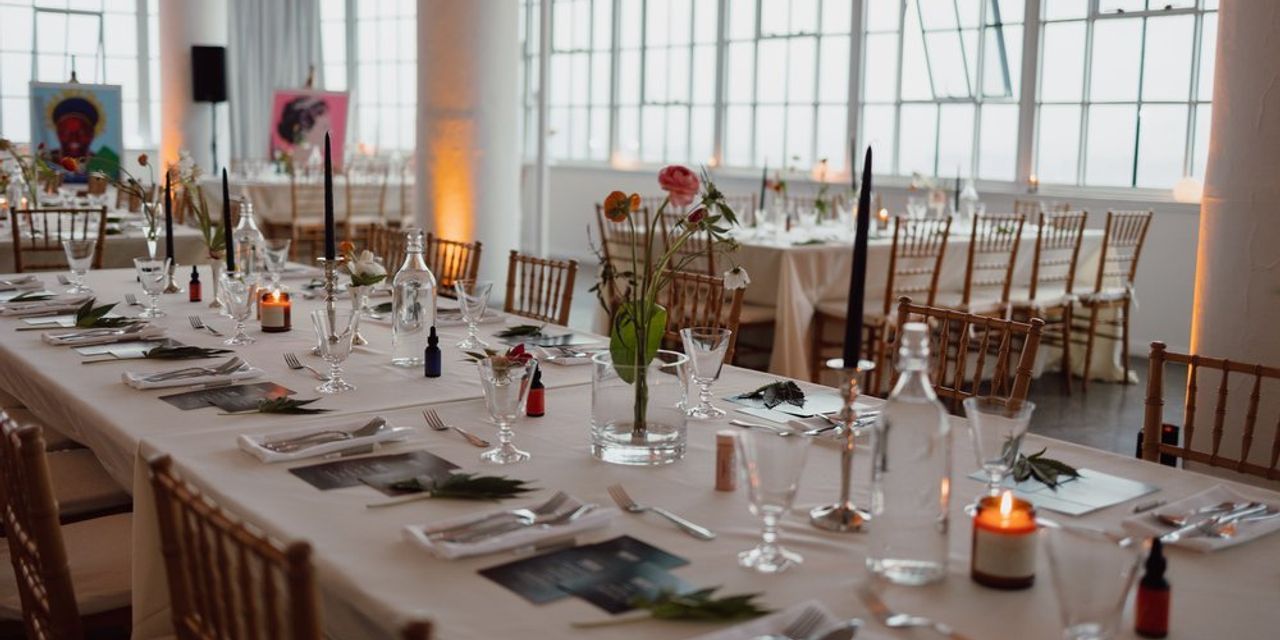 Legal recreational cannabis dispensaries aren’t open yet in New York state, but cannabis business people and consumers are gathering to celebrate the substance and its future in a unique way.

Around 150 guests, from upstate growers to psilocybin entrepreneurs, broke bread on Oct. 1 at the second annual weed-infused supper club hosted by Medly, a luxury cannabis club and delivery service.

The meal, from Brooklyn Brewery’s head of culinary programming chef Andrew Gerson,  included three THC-dosed courses of appetizers and five infused courses of entrees plus dessert. CBD cocktails were available. No alcohol was on site.

Cohen told MarketWatch he is excited by the possibilities for exploration and development within the cannabis space in the “most vibrant market in the world” — New York City.

Several companies have applied for state permission to continue in the legal market and have taken steps to become more publicly visible as part of that effort.

and Etain, which is being acquired by Scotts Miracle Gro
SMG,
.

Recreational dispensary licenses have yet to be issued, but Conditional Adult-Use Retail Dispensary (CAURD) licenses ensure that the first 150 licenses will go to individuals who have marijuana-related convictions — or a close family member who does.

New York’s effort to seed home-grown cannabis businesses from communities most impacted by the War on Drugs included naming Tremaine Wright as chair of the New York State Cannabis Control Board in the Spring of 2022. At the time, Wright said that legal cannabis sales could begin by the end of 2022 as the state tackles the difficult task of building a regulatory regime for the industry.

The supper club was hosted at Canoe Studios in Chelsea, a window-lined event venue with a view of the Hudson River. It’s the same space where Beyonce’s “Love on Top” music video was filmed.

Medly said it is seeking to “redefine and reshape” the psychedelic industry through “immersive and interactive programming to explore the future of plant medicine.” Supper clubs are typically billed as luxury events attended for socializing just as much as for the food. This one was no different with tickets going for $250 each and an “upscale cocktail” dress code.

This isn’t the first edible dining experience to pop up in New York City. Stoned Gourmet Cannabis Pizza has been serving weed-infused pies since 2017 and Chef for Higher began the dosed tasting menu event series Dinner is Dope in 2015.

At Medly’s take on cannabis dining, a string quartet played during dinner and two original prints from Andy Warhol’s 1985 “Reigning Queens” series were displayed. That’s high society for you.

Throughout the night, joints were passed around tables and smoke made the space hazy.

Though 39 states and the District of Columbia have legalized medical use of cannabis, just 19 states and D.C. have legalized recreational use. But five states — Missouri, Arkansas, North Dakota, South Dakota and Maryland — will consider marijuana initiatives in the November elections.

Steve Gelsi contributed to this story.