Home
Stocks
Next Avenue: ‘Genetics ain’t everything’: You can clone your dog or cat, but should you?
Prev Article Next Article 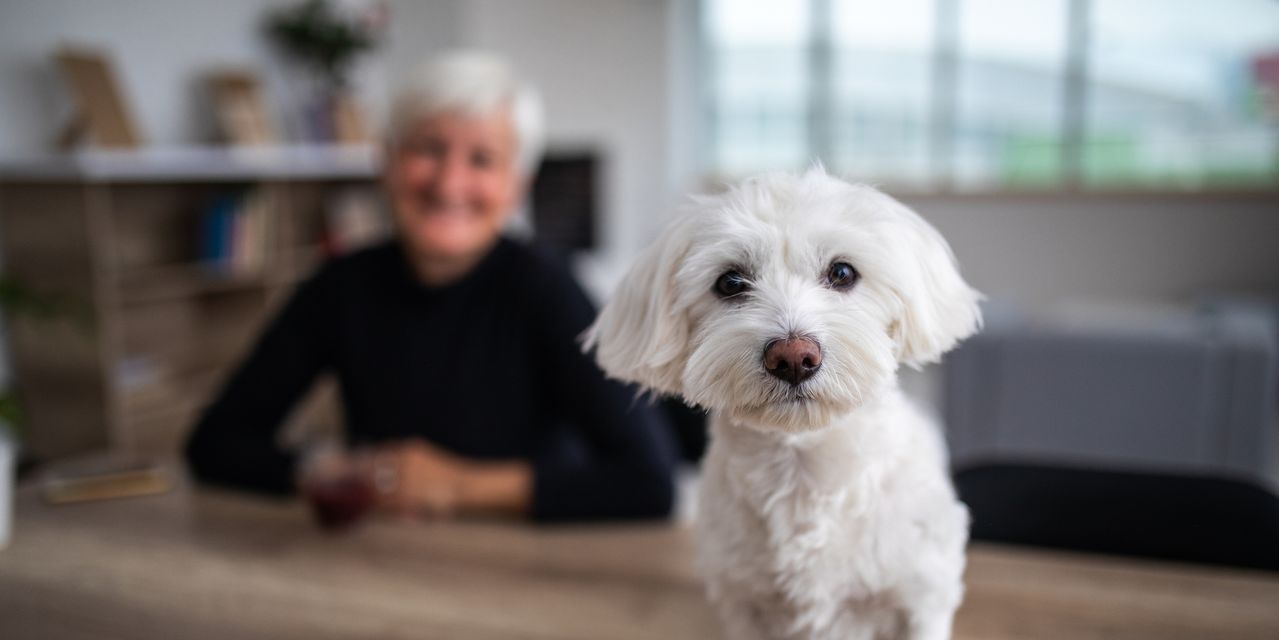 The clock started ticking more than 20 years ago when the world said, “Hello, Dolly,” to the globe’s first cloned sheep. At that point, it was only a matter of time before producing genetic duplicates of all sorts of animals would become ho-hum.

That time has arrived for dogs, cats, and various other household pets (not to mention at least one wild ferret).

For a tidy sum that would quickly close the deal on a brand-new car, a growing handful of companies will harvest DNA from your recently deceased (or living) fur baby and deliver a genetically identical critter in six months or so.

““You’re putting a lot of lab animals through medical procedures that are unnecessary, that are not of benefit to them, and can harm them,””

The laboratory part of this process is technically called somatic cell nuclear transfer. Lab technicians harvest DNA from the donor cells and plant it in an unfertilized egg. Nature takes it from there, and the actual gestation is inside an animal “surrogate.”

“If I can take one of your skin cells and go through this process of somatic cell nuclear transfer: pop it into an egg, the nuclear DNA is 100% from you,” explains Ben Hurlbut, associate professor and science ethicist at Arizona State University.

“So it’s a genetically identical match to you. In other words, it’s a clone.”

Also see: Want to age well? A dog could be the key to better physical — and mental — health.

It’s a point well articulated by Dan Brekke, 68, of Berkeley, California. He and his wife, Kate, recently lost their beloved dog, Scout. “Sure, it crossed our mind momentarily,” he admits.

“But I think my take on it – with both our dog and with the idea, in general, is that just like a human being, the kind of dog he was was an expression of a lot more than just his DNA.”

Brekke wrote a heart-rending remembrance of Scout on his blog, which is well worth reading (with a few tissues at hand).

“You’re not cloning personality,” agrees Sharona Hoffman, a professor of law and bioethics at Case Western Reserve University in Cleveland.

“Personality is not a product of DNA, certainly not purely a product of DNA. So it could have a completely different personality. And I think if you read reports of people with cloned pets, like Barbra Streisand, they say the pet was different.”

Don’t miss: ‘Dog whisperer’ Cesar Millan says a long walk is ‘the biggest birthday gift you can give to a dog’

This “nature-vs.-nurture” argument came up repeatedly among comments on social media solicited for this story. However, others are given pause by ethical considerations, including the use of surrogate animals to grow the embryos and the overwhelming numbers of animals languishing in shelters for lack of homes.

“You’re putting a lot of lab animals through medical procedures that are unnecessary, that are not of benefit to them, and can harm them,” notes Hoffman. “You must harvest eggs; you must have pregnant animals.”

And, she says, it doesn’t always work. “There’s only about a 20% success rate. So to get a successful clone, you must do this to a bunch of animals.”

At a deeper psychological level, some who oppose the practice worry that cloning a beloved pet in some way deprives us of an essential part of the grieving process.

Listen: This holiday season, buy nothing

“I find there to be something kind of perverse in the attempt to replicate an animal with whom you had a deep personal relationship — a pet you loved, precisely because you want to repeat that experience somehow,” says Hurlbut.

“You’re certainly not letting go and moving forward,” adds Hoffman. Instead, you are trying to relive the past, and you may be very disappointed, and there probably is something very healthy about closure – about mourning – the loss of the pet and then adopting a new pet.”

Still, there’s already a proven, if rarefied, market for pet cloning – and one with enormous potential. In 2018, the American Veterinary Medicine Association estimated that nearly six in 10 (57%) U.S. households included some pets.

During the lonely years of the pandemic, adoptions soared, and that figure spiked to 70%, according to a recent estimate by the American Pet Products Association. That’s tens of millions of dogs and cats alone.

Nonetheless, players in the emergent/nascent pet-cloning industry prefer a low profile. As a result, requests by Next Avenue for interviews at two companies were essentially ignored.

On the website for a Chinese cloner, Sinogen, the contact page shows what appears to be a smiling customer service representative on a phone headset, but the site offers no phone number, only an email form for inquiries.

And on the Texas-based ViaGen Pet Services staff page, executives and key personnel are identified only by their first names.

See: People are giving up family dogs they adopted long before the pandemic, mostly due to inflation, shelters say

A princely sum for Rex

According to the American Pet Products Association, pet owners spent more than $123 billion on their pets in 2021. That figure appears to include something other than cloning services.

But according to an international research group, the cloning market for dogs alone is “projected to reach multimillion by 2028.” That will be easy to achieve, given the cost. ViaGen will clone your dog for $50,000. That’s more than the current average cost of a new car.

Cat owners get a break: only $35,000. Long Island-based BioVenic’s rates are slightly lower but in the same range. They’ll also do rabbits for $5,900 or a lesser fee and store your pet’s DNA until you’re ready.

ViaGen promises “guaranteed” puppies and kittens, verified by a third-party lab to be genetic duplicates and declared healthy by a veterinarian.

Some people who’ve cloned their pets think the money was well spent. In April, a ViaGen representative told the Washington Post that business had been growing steadily for the past six years.

“There will never be another cat like Mike,” says Darlene Martin, 72, of the cat she and her husband, Roger, cherished for 19 years in Newport News, Virginia.

“Full of personality. Lovable and also an incredible pain in the ass,” she adds with obvious affection. “But would it honor him to try to make another one of him?” she wonders.

“We couldn’t re-create the life experiences that made him. Are we so pathetic that we must re-create a past that can’t be relived? I think not. Adopt another creature to share your home and love. Move on.”

Craig Miller is a veteran journalist based in the northern Catskills of New York. His reporting is focused on climate science and policy, energy and the environment. In 2008 Miller launched and edited the award-winning Climate Watch multimedia initiative for KQED in San Francisco, where he remained a science editor until August of 2019. He’s also a proud member of his local volunteer fire department. Follow him on Twitter @VoxTerra.

This article is reprinted by permission from NextAvenue.org, © 2022 Twin Cities Public Television, Inc. All rights reserved.

More from Next Avenue: