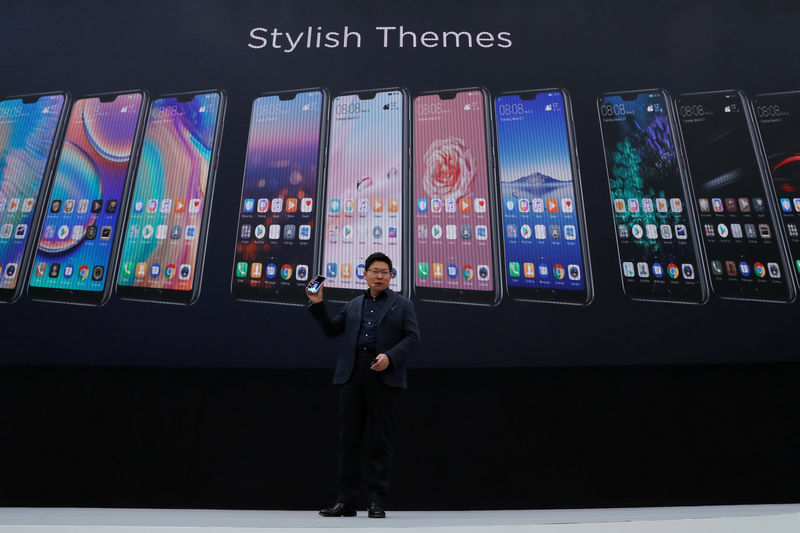 (Reuters) – U.S. prosecutors on Thursday asked a judge to dismiss bank fraud and other charges against Meng Wanzhou, the chief financial officer of China’s Huawei Technologies whose 2018 arrest strained relations between the U.S. and China.

Meng struck a deal with the prosecutors last year for the charges against her to be dismissed on Dec. 1, 2022, four years from the date of her arrest in Canada on a U.S. warrant, as Reuters reported first.

With no information Meng violated the deal, “the government respectfully moves to dismiss the third superseding indictment in this case as to defendant Wanzhou Meng,” Brooklyn U.S. Attorney Carolyn Pokorny wrote in a Dec. 1 letter to U.S. District Judge Ann Donnelly.

Huawei, a telecommunications equipment maker the U.S. views as a national security threat, is still charged in the case, which is pending in U.S. District Court in Brooklyn, New York. No trial date has yet been set, and a status conference is scheduled for Feb. 7th.

While Thursday’s move was expected, it closes a chapter on a particularly fraught phase of U.S.-China relations that also thrust Canada into the middle of a broader clash between the two superpowers.

Meng had been accused of bank fraud and other crimes for misleading global bank HSBC Holdings Plc (LON:HSBA) about the company’s business in Iran to obtain banking services in violation of U.S. sanctions.

As part of her deal — a deferred prosecution agreement — she acknowledged that she had made false statements about the company’s Iran business in a 2013 meeting with a bank executive.

Meng’s untrue statements were in a statement of facts that she agreed was accurate and voluntary and would not contradict.

The charges against Huawei include everything from bank fraud to sanctions busting to conspiracy to steal trade secrets from U.S. technology companies and obstructing justice. It has pleaded not guilty.

In the wake of its alleged activities, Huawei was added to a U.S. trade blacklist, restricting U.S. suppliers from doing business with the company.

The United States also waged a global campaign against Huawei, warning that the Chinese government could use the company’s equipment to spy. Just this week, the U.S. Federal Communications Commission adopted final rules banning new telecommunications equipment from Huawei.

Meng, the daughter of Huawei founder and CEO Ren Zhengfei, now serves as the company’s rotating chairwoman and deputy chairwoman as well as its chief financial officer.

She flew to China from Canada on Sept. 24, 2021, the day she struck the deal. Two Canadians arrested in China shortly after she was detained were then released, and two American siblings who had been prevented from leaving China were allowed to fly home.

A lawyer for Meng declined comment and a spokesperson for Huawei did not immediately respond to a request for comment.